/ Spiritual Life / My prison, my executioners, are my genes
<--Back

My prison, my executioners, are my genes

It is not only those who struggle to make ends meet, those who have to deal with a multitude of problems in order to survive that become adrift, that find themselves sinking, and become miserable creatures (indeed, God arranges things in this way in order to make them holy from that moment). But even those who don’t have such problems but simply have to do things on their own (and who doesn’t suffer from some kind of difficulties in his life?) are swept under by their struggles as if by a wave. But there it is, God arranges things one way for some, and another for others.

There are very few people who completely recognize and accept themselves: “This is me”. We might even go so far as to say that someone is able to be helped to some degree by Psychology so that he might reconcile himself with himself. But Psychology doesn’t have anything particularly great to offer for overcoming the situation (a situation created by different genes, or the elements within him). Neither does it really offer anything toward a person’s transformation in Christ. Psychology simply helps the person to understand a bit better what is going on within himself, to come to terms with his state and to say: “This is my prison! This is my martyrdom! These are my persecutors, these are my torturers, these are my executioners.”

Man shouldn’t say this with resignation, though, since no matter how much he has sinned or how much he is influenced externally or internally by whatever negative influences, he is still made by God. Instead, he is able to say: “No, no! I will not be swallowed up by my situation. I will not be delivered up to my genes. I will not let my mood be determined by one or another of the elements which exist within me”. And this person will live in his prison and his martyrdom.

This martyrdom and this prison, though, are to be vigorously resisted. You mustn’t leave them to do whatever they wish. You need to resist. And by resisting sometimes things can even get fiercer. This is exactly what happened with the martyrs. The moment the torturers urged the martyr to offer incense to the idols he says No, the moment they ask him, “Do you reject Christ?”, he says No, and these enemies and executioners become enraged and even fiercer. Yet paradoxically, the martyr—each martyr—isn’t afraid; they aren’t affected by the ferocity. We must take this well into account. 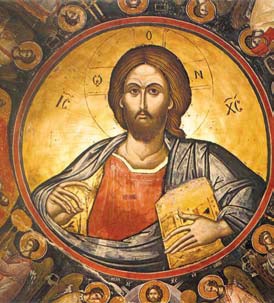 Certainly, these things don’t simply happen with someone saying that he will do them. These things only happen in Christ, only with the grace of Christ. But this is the major theme: Whether we want to or not we will become martyrs. This is how God has arranged things. It will be in one way for one person and in another for someone else. Today, though, martyrdom is principally within our hearts, in our souls. And whatever negative things exist within us—either by genes or through inheritance—they can be made our servants by contributing to our souls becoming holy. If we believe in Christ in spite of all of this opposition and negativity within us,  and are willing without complaint to live this captivity, to live this martyrdom, to bare whatever God may allow, then it won’t be long before we start feeling the miracle actually coming to life, flourishing—the miracle of the Lord transforming us.

[1] The word “elements” in this context refers to dark thoughts, bad feelings which make us feel depressed.

My prison, my executioners, are my genes