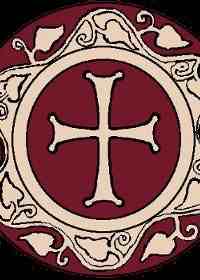 The Lord has before him a suffering father who begs Him to heal his son. And the Lord as if speaking harshly not only blames this father, but also all of the listeners gathered there and even all the people of that time saying: “O faithless and perverse generation, how long shall I be with you? How long shall I bear with you?”
Sin has passed into humanity; this is a fact. But the great evil is that human beings have let sin pervert them and lead them into a confrontational attitude towards God, an attitude of faithlessness. This has left man entrenched in unbelief, something he seems to want to remain in. But there is something required from human beings, and God is waiting for it. That suffering father did all that he was able to do. He spoke that amazing phrase – “Lord I believe, help my unbelief! ” 1 – which was an act from deep within his soul, and which shook his own existence. This is an opening, an act of faith, a giving over to God, even as it is a self-condemnation. A miracle takes place at that moment – he is illumined.
A human being undertakes difficult tasks gladly and does many things, but he is afraid to do this: to put himself down entirely, to confess his sorry state, and at the same time with confidence to take refuge in the Lord: “Lord I believe, help my unbelief!” Just as a human being is trapped by sin – sin which is also perversion, denial and faithlessness – so it is necessary to escape from there. It is necessary for him to be seized by something outside of himself (just as this father was): to be seized by Christ, by the Church. And then truly the miracle will occur.

Lord I believe, help my unbelief!

1  Fr. Simeon is referring here to the description of this event as recorded in Mark 9: 14-29, which phrase is not presented  in the accounts of Matthew and Luke.