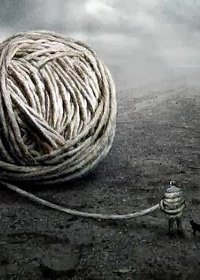 Man has many powers within himself and with them he serves selfishness. When he serves it, it arises, and all the powers of [his soul] are at attention with much fervour and high spirits. When he does not serve it, he becomes helpless. He is not able to do vigils, nor prayers, nor prostrations, nor fasting. He is powerless, spiritless. His strength is sapped.

This happens is mainly evident to those who are sick and in situations where a person has a psychological state operating within him. You see the most active person within the community, in life, in the home and in the family, and then he is seized by the symptoms of sickness, as if he has no strength. And the poor creature thinks that he has suffered something and has no strength. No, he hasn’t suffered anything. But what then? From the beginning he has been serving an idol. And now, that something comes up so that he is unable to serve the idol any longer, from that moment, he loses all strength, loses all spirit, all his desire is gone.

The secret is for someone to show the courage to pin himself down to a spiritual struggle in order to humble himself. But no matter what he needs a guide. No matter what he needs to be supported in some way. He isn’t able to do it alone. He will just mess everything up. If he will be under obedience, and will take the right stance before God, he will be freed from his infirmity and become a true Christian.

With all our strength we serve selfishness