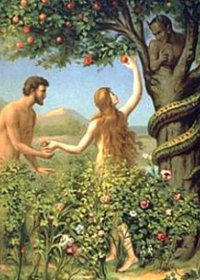 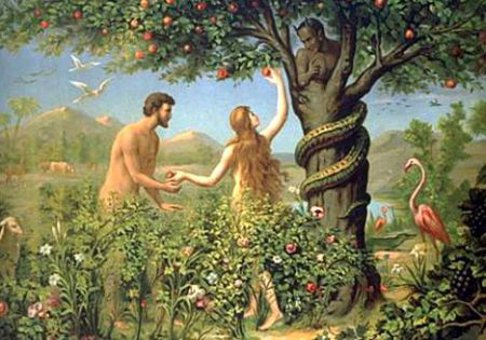 We must face our greatest sin and not fool ourselves.

If you are slothful,face it!

When the will itself becomes attracted to the thought, the result is that man becomes inclined to act upon what the thought tells him and he sets off to get satisfaction by literally partaking in this vanity. This fourth stage is called assent At this precise moment, spiritual life is destroyed in the soul. At this point, the soul surrenders to me thought and begins to strive to realize it. It is set on experiencing an even more intense delight. It is no longer satisfied with fantasy, it now wants action.

If that fantasy happens to be lust in the heart, then when a man or woman has the opportunity he or she is like a sitting duck. Sin is going to happen in an instant. It happens with just the look of an eye. Or maybe it’s not lust. It could be gluttony. It could be anger. It could be anything. You see, no longer playing with the evil suggestion, the individual now resolves to act upon it. Even if circumstances prevent it from actually happening in his life, he has already sinned in his heart

There is a fifth process that happens in giving ourselves over to a besetting sin. It is the development of the sin as a habit. A final struggle against evil occurs—a last raging battle between doing that which is good and that which is evil. But the outcome of the struggle is based mostly on how we have acted in the past. That struggle will only be won when bad habits have not been formed within the soul. Believe me, if you already have a strong habit of this sin, you won’t win the struggle. You’ll just automatically do whatever it is. That is the fifth step in temptation—the development of a habit. It’s called prepossession.

It is always tragic to see people who have given themselves over to bad habits to the degree that these habits control their very lives. Maybe the habit is gossip. Maybe it is a critical spirit—every time you talk to so and so, they’re judging someone. Maybe the habit is depression. You don’t even want to ask some people how they are doing, because you know already what the answer will be. It might be right after Church, right after worshipping and after singing, but there are just some people you don’t dare ask, “How’s it going?” because they will instantly revert to habitual depression. Others are slothful and lazy, and others are just plain greedy. Whenever you do anything with them it’s a one way street, it’s their way, and so on.

Prepossession results from repeated acts of the same sin. Soon this sin molds our very character. In principle we still have a free choice, but in practice the force of the habit makes it more and more difficult to resist. At first it was a slow process, but now it just happens, we don’t even have to think about it. If we do not fight at this point—actively, that is—if we do not declare war on this vice that always entangles us, if we don’t wage war against this prepossession, against this habit, it will form itself into our very character and become part of us. As Father Hopko stated once in a talk at our Church in Ben Lomond, “We are constantly being either more deified—becoming more like Christ—or we are becoming more corrupt Life is not neutral.”

Last of all we enter into the sixth stage, captivity or passion. Gladly, maybe even violently, we rush to satisfy without any struggle at all the evil desires which by now are fully rooted in our heart. No longer does the will rule over simple passions. Now passions rule over the will, and we are lost. In fact, even mental sickness can come in, or total depression that can lead to suicide. Passion establishes the complete state of the soul.

So what do we do? We must, if we are sincerely striving for good—I take it if you are reading this article you want 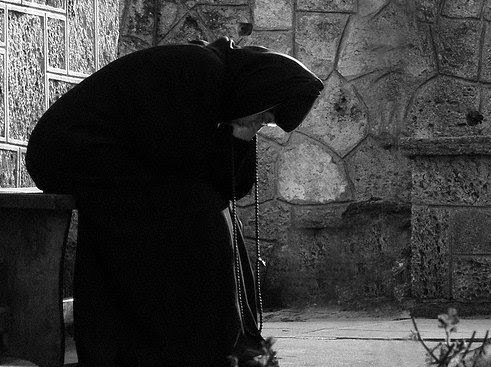 that which is good, for God is good—want to do and commit ourselves to do that which is good. We must use methods to form new habits of will to gain that victory in our lives. We need to understand these stages so that we can deal with our hearts and begin to make necessary changes.

I don’t believe that we can defeat besetting sin overnight. Oftentimes God brings events and circumstances into our lives that will help make us aware of certain sins. But there is a difference between awareness and victory. We will have to commit ourselves to do something about our sins if there is to be a change.

So when we feel provocation assail us, what do we do? There are at least four things we can do to help. First, we must resist. We must use every effort to resist our own will inclining to sin. That is, we must crush it by an act of our will. We must cut it off! We must not become passive. We must drive provocation away by intense effort. God has given us a will, but it is up to us to exercise that will toward righteous behavior.

Secondly, I believe that we must prepare for these things ahead of time by identifying what that sin is in our lives and learning to hate that sin. That is, we must confess it and bring it into the light. We must face our greatest sin and not fool ourselves. If you are slothful, face it! Say, “I am.” If you have a lustful heart which goes after even another man’s wife, then face it! Don’t kid yourself, because you need to hate it. If you are a Christian you need to hate such impulses with your whole heart!

A holy writer once said, “A man only truly knows he is forgiven when he hates sin with all of his heart.” I like that. I really pondered on that when I first read it. We can use positional truth, we can name it and claim it and everything else, but to have real victory over besetting sin in our lives, we need to hate sin with all our heart We need to hate it like we would hate an enemy who seeks to steal our possessions and destroy us. We can be angry against it, and it’s all right! Isn’t that great? If you are a person who tends to get angry, it’s really nice to be told you can be angry with something. Well here is something with which you can get angry.

Thirdly, we need to appeal to our Lord Jesus Christ asking for help and for protection. We need to ask Him to strengthen our damaged will which was marred in the Fall. Jesus told the father of the demon-possessed boy in Matthew 17:17, “Bring him to me.” Believe me, there are times when priests can’t help you. There are times when a Church can’t help you. There are times when you will get no other help than by first running to Christ and throwing yourself on Him. The Scripture says, “Without Him you can do nothing.” David says, “Call to the Lord. Make haste to deliver me, O God. Make haste to help me, O Lord.”

And fourthly, we need to do something opposite to the suggestion of the passionate impulse. I know a person who had plenty of money, but didn’t want to give a nickel to the Church. He didn’t want to give the Lord that which belonged to Him. Why? Because, he was just plain greedy. He knew it but he just couldn’t break the habit. So he started tithing—not ten percent but twenty percent—just to break the habit of greed. Believe me, it was worth it. You see, we have to do the opposite. Where we want to hate someone, go do an act of love towards them.

Maybe a fifth defense could be listed here: watchfulness. That is, having a spiritual sobriety, an alertness, a vigilance. Just think of the captain of the oil-tanker Valdez up in Alaska. Apparently he just had a few beers. He just got a little drunk and missed his station. He wasn’t watching—and look at the calamity that came upon our earth. You see, we need to watch these thoughts that come into our life. We need to watch how these fantasies grow. We need to guard over our heart and our soul.

Besetting sins. Can they be beaten? Can they be eradicated once and for all from the life of the believer? They can and must if we are to live the life of purity and holiness to which God has called us.

Let us commit ourselves with heart and soul to stand firm against the devices of Satan. Let us pledge ourselves to be pure men and women, whether young or old, who set out to do mortal combat against those sins which so easily overcome us.

How to stop sinning PART 2