How to stop sinning PART 1 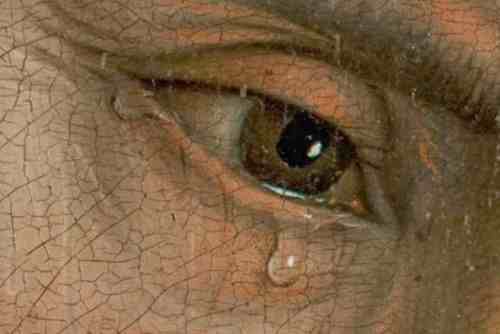 Sin is going to happen in an instant.

It happens with just the look of an eye.

Besseting sins are those tenacious habits in our lives that  cling to us like glue and hold us in their destructive power. No matter how hard we try, we often can’t seem to break them; we can’t loosen their grip. Sometimes we feel so hopeless and helpless that we just give up. Besetting sins can include almost anything—gluttony, lust, greed, anger, depression, despair, pride. But they all have one common denominator: the ability to overpower us and possess our soul. How can the Christian overcome them?

I am convinced that we will never have power in our lives over these sins, these besetting sins, unless we understand what happens to us—what happens to our mind and heart and soul—when we come under their power. Until then we will fall into their trap every time. Hebrews 5:14 warns us that we need to have our senses trained through practice so that we can discern good and evil. May that be our goal!

Many of the Orthodox Fathers teach that there are six distinct stages that everyone goes through—man, woman, youth, or child—when it comes to temptation and sin.

The first step is provocation, or temptation (some call this suggestion). Provocation is that initial incitement to evil which attacks us all. Nobody escapes this. Provocation doesn’t involve any guilt, for it assails us from the outside, and is independent of our free will.

Adam and Eve were both provoked before the Fall. And it has happened to every man and woman since them. In fact, there’s nothing that you or I can do to stop it from happening. No one is free from it. Somehow this temptation enters the sphere of man’s consciousness as a spontaneous impulse. Provocation is a touchstone for testing our will to see if it will be inclined towards virtue or towards vice.

After provocation, something else happens. There is a momentary disturbance which is beyond the provocation. Something jars our intellect or our heart. There have been rare individuals in the history of the Church who almost never entered into the second phase. They were not even disturbed by provoking sins. I don’t think most of us are like that. Most of us are at least somewhat troubled when some kind of provocation hits us. To tell the truth, unless we master holiness in our hearts, we will always see this disturbance take place.

Again I want to emphasize, this is the most important moment because the fate of the provoking thought is decided here. Will it stay in our mind, or will we force it to flee?

Once he has been jarred by disturbance, a person may begin to commune with the thought or, as some say, converse with it. We have all experienced this. At first we start playing with a thought we start turning it over in our mind. Yet still we are hesitating because we’re not sure whether or not we are going to act upon it

If you watch Wild Kingdom or any of the nature shows on television, you’ve watched scenes where a lion is going through the brush, and there’s a herd of little antelope out there. The lion wiggles the leaves a little bit and all of a sudden the whole herd takes off running like crazy. But there always seems to be one animal who hesitates. You can’t help but identify with it—it’s scared but at the same time it’s curious. It wants to see a little bit more. And you look at that scene, at least I do, and you say, “Run!” But because of that hesitation, sure as anything, the lion gets the antelope that hesitated.

You see, at this point we are no longer image free, as when the provocation first began. This time the thought becomes, in a sense, firmly planted in the mind. And at this point for the first time man is morally responsible. If this thought is not immediately rejected, and it lingers on, it means that somehow it has found compatible ground in the mind of the Christian.

Here is where something really starts to take place. Power surges into our being. This is where passion awakens. That little tiny thought sprouts and begins to grow. At first it could just be the thought of an ice cream cone to the person who is on a diet. Pretty soon it becomes a ten course dinner. The fantasy pervades the entire sphere of consciousness, and it begins to rid all other thoughts from me mind.

Why does this happen? Because attention to the thought lingers, and because we are now beginning to delight in it. It is precisely at this moment that we need to distract our attention by the effort of our will. We are going to have to exercise some willpower, because up to this point our will has been detached in sort of a neutral way. This choice lies ahead: we can go towards the good, or we can go towards die evil.

At this point we’d better start doing  everything we know how to do to resist. Philippians 4 says  to  think  on  good things, things of good report. We’d better start thinking! We’d better start praying, “Oh Lord, have mercy! I’m starting to sink!” Remember Peter and the waves? All he could say was, “Help! Save me!” We’d better start doing it. The Holy writers tell us that if the sin confronting us is particularly powerful and dangerous, and if we know that it is going to capture us again, we should counterattack by calling to mind our own death. We should image ourselves in the coffin, see ourselves as dead, picture ourselves as coming before a living God. But whatever we do, we must actively and firmly resolve to rebuke the images of sin which are assailing us, and not to return to them again. If we don’t reject the images by an act of free will, a fourth step will begin.

How to stop sinning PART 1