/ Spiritual Life / The benefits of almsgiving. An amazing miracle
<--Back 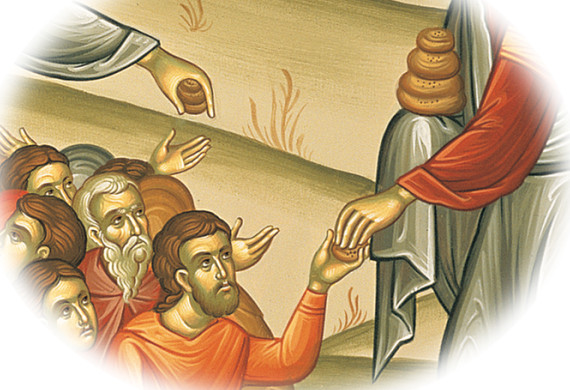 Once there lived in the city an officer of the palace court. One day he was sent by the king to someone as a messenger. On the road, he found a dead person, who was naked. The officer was saddened with this lamentable image of misfortune and said to his servant, ‘take my horse and go on a bit’. The officer dismounted and approached the dead man. Taking off some of his clothing, he covered the dead man with them.

A few days after this incident, the officer was once again dispatched in the service of the king. But as soon as he left the city, he fell from his horse and broke his leg. He was immediately taken to his house, where he was beset by horrendous pain. The doctors looked after the ill man, but without result.  After five days, his leg turned to black. When the doctors saw this symptom they became very concerned and, so that the rest of his body would not become infected, decided to amputate his leg.

On hearing this decision of the doctors the officer became very upset, wept over his misfortune, and, because of his sadness, could not even sleep. The night after he learnt this terrible news he remained completely sleepless. The lamps in his room thus being lighted, around midnight there came to the attic window an unknown man who approached him. ‘Why are you crying and why are you sad?’ The officer answered him, ‘Sir how could I not cry? For no good reason I broke my leg, and tomorrow the doctors are going to amputate it.’ This unknown man then said to the suffering officer, ‘show me your leg.’ He began forthwith to anoint the leg of the sick man and to massage it. After a short time, he said to the ill man, ‘Get up and walk.’ ‘I cannot, Sir, because it is broken.’ ‘Do not be afraid,’ the man told him, ‘lean on me.’ In fact, the officer of the palace guard rose up from his bed and walked; he had become perfectly well.

After this strange miracle, the unknown man said to the healed officer; ‘See, you have become perfectly well. Lie down and rest from your night time vigil and your sufferings and do not worry.’ Continuing he spoke a few words about the value of charity, based on the words of Holy Scripture: ‘Blessed are the meek (poor): for they shall inherit the earth’ (Matt. 5:5) and ‘For He shall have judgment without mercy, that hath showed no mercy’ (James 2:13).

Following this short dissertation, the unknown man bid farewell to the healed officer: ‘Good bye and be always healthy!’ Saddened by the impending departure of his benefactor, the officer asked him: ‘Are you leaving?’ ‘What else do you want?’ he said. ‘You are now completely well.’ The officer said back to him: ‘In the name of God, who sent you? Tell me who you are.’ ‘Look at me carefully’ – the unknown man said – ‘and see if you recognise what I am wearing.’ ‘Yes’ the officer said, ‘Those are my own clothes.’ ‘Well, then,’ said the unknown man, ‘I am the same one whose body was tossed aside naked on the street and which you – with succour and mercy – covered with your clothes. It is thus that God sent me to cure you. For this you should always thank him.’

Having finished his words, he climbed up again, through the attic window from which he had come, and became invisible. From that time forward, the healed man never ceased to thank God and to distribute alms to the poor.