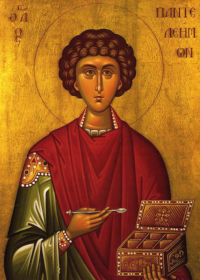 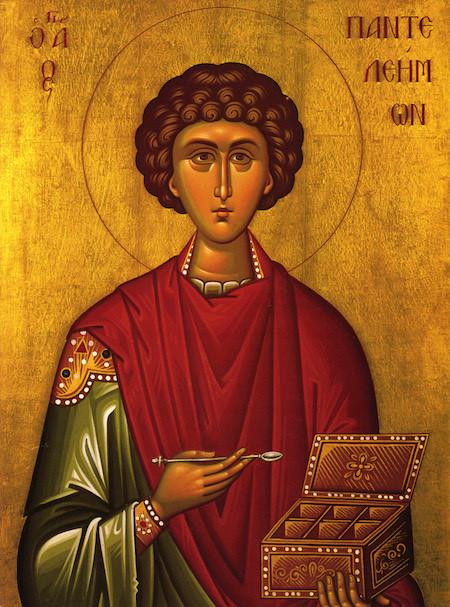 Gregory Moisejevic Kalimanovic, a Jew and a barber in the profession, suffered many years of cancer in the esophagus. He had tried many different treatments, but nothing has worked. The cancer was growing and his health was deteriorating. In 1927 he went with his wife to Moscow to see a renowned professor. He carefully examined him and then told his wife:

– At most your husband will live for two weeks. There are no benefits from drugs at this point. Go home and submit to your fate.

They left the clinic and walked to the station of Yaroslavl to take a train to Vladimir. On Nicholas Street (Nikolski Prospekt) the sick man saw the chapel of St. Panteleimon and he started yelling:

His wife said to him:

– This is a Christian church; it is not of our religion. Let’s go!

However, the sick man insisted:

He entered the chapel and stood before the icon of the saint. He fell on his knees and began to pray with tears in his eyes asking the Saint for healing. Then he stood up, kissed the icon of the Saint faithfully and seeing his wife beside him, he said:

– You know something; now I’m totally fine. I have no pain anymore. Let’s go back to the clinic so they can re-examine me.

His wife followed him with much hesitation. The professor, however, when told that Kalimanovic came back and asked for a re-examination, was very angry.

– Leave me alone! Are we going to play games now?

– Either the sick man is crazy or you! Or maybe both of you! The professor said sarcastically.

The assistant insisted. So the professor, obviously annoyed, decided to examine him again. After the examination, the professor full of surprise declared:

How and why Gregory Moisejevic was healed is something only he knew. He also knew very well that his healing was due exclusively to the Holy Martyr Panteleimon.

For this reason, as soon as he reached his village, he immediately went to Father Peter and asked him to be baptized Orthodox Christian. The baptism occurred without any delay. It was the year 1927. After his baptism, Gregory was full of joy and openly proclaimed that he was even willing to give his life for Christ!

From the book “Eyo Fteo… Esi” of Father Stefanos Anagnostopoulos