/ Saints and Elders - Lives / Saint Basil the Great
<--Back 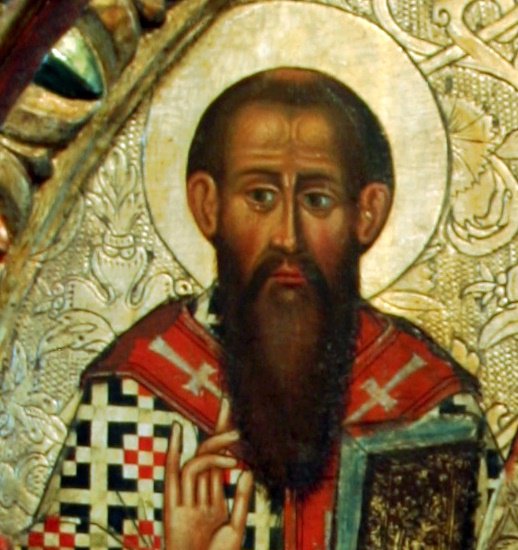 Saint Basil the Great (  329 or 330[5 ,  was the Greek bishop of Caesarea Mazaca in Cappadocia, Asia Minor. He was an influential theologian who supported the Nicene Creed and opposed the heresies of the early Christian church, fighting against both Arianism and the followers of Apollinaris of Laodicea. His ability to balance his theological convictions with his political connections made Basil a powerful advocate for the Nicene position.

In addition to his work as a theologian, Basil was known for his care of the poor and underprivileged. Basil established guidelines for monastic life which focus on community life, liturgical prayer, and manual labour. Together with Pachomius he is remembered as a father of communal monasticism in Eastern Christianity. He is considered a saint by the traditions of both Eastern and Western Christianity.

Basil, Gregory of Nazianzus, and Gregory of Nyssa are collectively referred to as the Cappadocian Fathers. The Eastern Orthodox Church and Eastern Catholic Churches have given him, together with Gregory of Nazianzus and John Chrysostom, the title of Great Hierarch. He is recognised as a Doctor of the Church in both Eastern Orthodoxy and in the Roman Catholic Church. He is sometimes referred to by the epithet “Ουρανοφαντωρ”, “revealer of heavenly mysteries”