Elder Iakovos Tsalikis – A Glimpse of His Holy Life 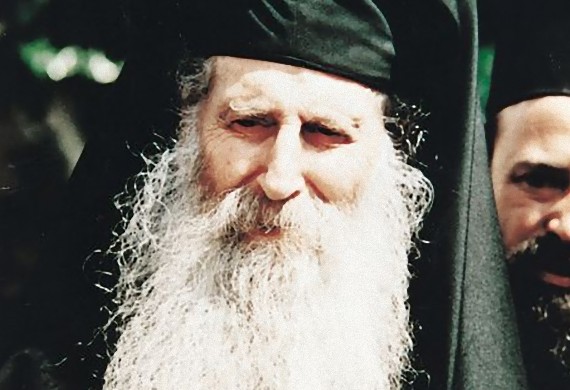 From a young age little Iakovos (which was his name even at baptism) loved the Lord and His Bride, the Church. Born in Livisi, in Asia Minor (modern-day Turkey), he and his family were forced to immigrate to Greece during the exchange of populations. Eventually settling on the island of Evia, he lived with his family in a storehouse with other refugees, blankets separated the individual living quarters. Little Iakovos would lift these blankets in order to “cense” his neighbours with the toy censor he made out of a roof tile. His holiness was noticed very early, though he wasn’t fully understood and suffered a great deal of derision; children would call him “geronda” and “father”. He would arise in the night for vigil, chant throughout the day, and was even entrusted with the keys to the village church since a priest came only twice a month to serve the divine services.

Throughout his life he lived in great poverty and fasting. As a young man he would chant in the church barefoot because he could not afford shoes. People ridiculed him but he often had visions of saints and angels which would comfort and strengthen him in his resolve to live for Christ. After serving in the Greek army and working to save enough money for his sister’s dowry, he was free to become a monk. Wanting to follow in his ancestors’ footsteps (seven generations of priest-monks, a bishop and a saint), he initially wanted to become a monk in the Holy Land. Before setting out he visited St. David’s Monastery for what he thought would be the last time and was instead spiritually persuaded to stay there by St. David himself. Through many hardships the elder increased in holiness and grace during his time at St. David’s, eventually becoming the abbot and receiving countless souls whom he guided and comforted. St. David was like his own spiritual father, appearing to him on many occasions and hearkening to his many prayers and supplications. The elder reposed on November 21, 1991, the Feast of the Entrance of the Mother of God into the Temple. May we have his blessing!

Wise Counsel from the Elder: (from Precious Vessels of the Holy Spirit)

“We are not sanctified by the place in which we live, but by the way we live.”

“The faithful shouldn’t tell others of things they have confessed, of details of their life or their spiritual endeavour.”

“Chase away the bad thoughts and fantasies that the devil presents. Don’t even notice them.”

“Don’t hesitate [to come to confession]. Don’t be ashamed. Whatever you may have done, even the greatest of sins, the spiritual father has power from the Lord Christ Himself and from the Apostles to forgive you with his stole.”

“I asked God in prayer for the gift of discerning men’s hearts by looking at their faces, so that I might be able to help them; and God granted it.”

Elder Iakovos Tsalikis – A Glimpse of His Holy Life