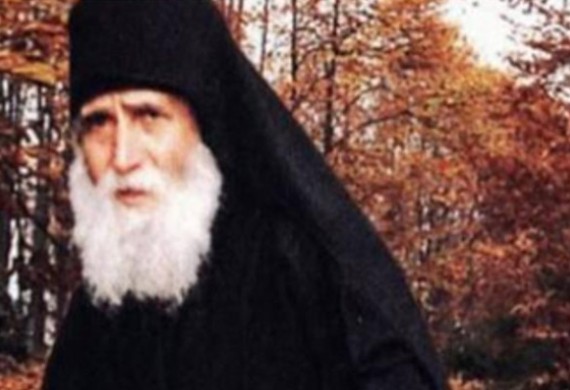 A soul in Hell

The Elder related: ”I knew an old woman who was very stingy. Her daughter was very good, and whatever she wanted to give as alms she would throw out the window so she could leave the house with empty hands, because her mother would always check to see if she was taking anything. But if she told her mother that ‘the monk’ [that is me] had asked for something, then her mother would be willing to give it up. ”After her death, I saw a young man [her guardian angel], and he said to me, ‘Come-so-and-so wants you.’ I couldn’t understand what happened to me, but we were standing in front of a grave in Konitsa. He moved his hand, like this, and the grave opened. Inside, I saw a grimy mess and the old woman, who had started to decay. She was calling out, ‘Monk, save me.’ ”My heart went out to her. Feeling sorry for her, I climbed down inside and without being repulsed I embraced her and asked, ‘What’s wrong?’ ”She said, ‘Tell me, didn’t I always give you anything you asked, willingly?’ ”Yes,’ I said, ‘that’s true.’ ”All right,’ said the young man, soothing her. He moved his hand like this again and closed the grave like a curtain, and I was back in my cell. ”The sisters from Souroti asked me, ‘What happened to you on the feast day of Saint Andrew?’ I answered, ‘Pray for so-and-so’s soul.’ Two months later, I saw her again. High above an abyss, there was a plateau with places, a lot of houses, and many people. The old woman was up there. She was very happy with the face of a small child that had just a tiny spot that her angel was also scrubbing to clean off. In the abyss, in the distance, I saw people being beaten and harassed, and trying to climb up. ”I embraced her out of joy. I took her aside a little, so the people in the abyss wouldn’t see us and be hurt. She said to me, come on, let me show you the place where the Lord has put me.’ ”

From the book, Elder Paisios of Mount Athos by Hieromonk Isaac

A soul in Hell