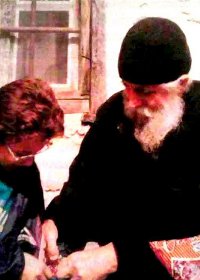 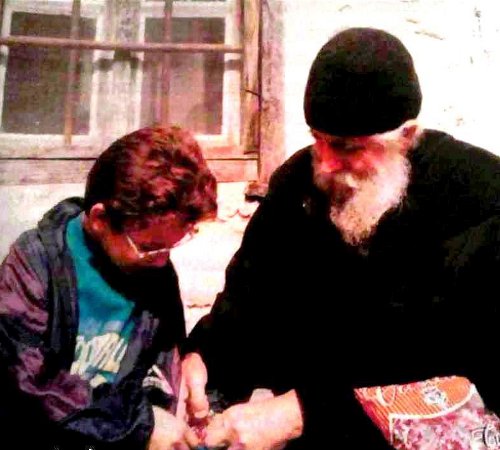 “It was December of 1987,” remembers a young woman named Sophia.[1] “I was seven years old, and all my hair had fallen out. The doctors’ diagnoses varied. Some said that it would grow back white; others said it wouldn’t grow back at all. I tried many painful treatments without result, and each time I became more and more disappointed. 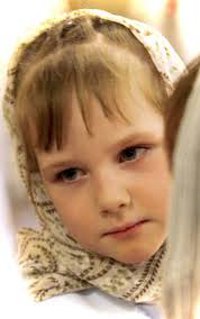 “My father went to visit Elder Paisios on the Holy Mountain. He advised my father and my mother to fast, and me too, to the extent that I could. ‘God,’ he said, ‘has your daughter’s hair in a savings account, and He’ll give it back to her with interest―she’ll have full, dark, curly hair.’ The elder’s words gave me joy and hope.

“Later, I met with the elder at Souroti. I sat on the floor and put my head on his knee. He stroked my head, saying that his hand was getting caught on my hair. (In fact, my head was still totally bald, so I felt his hand sliding right over it like it’d been shaved.) The radiance of his smile and the feel of his hand on my head are unforgettable. The faith that he gave me was indescribable. He advised me to fast every Wednesday and Friday and to commune regularly.[2] It was the most blessed day of my life.

“It’s worth noting that, a few years later, I visited the en-docrinologist  who had treated me. As soon as she saw me, she cried and said that it was a miracle. She had told me that I would be able to grow hair again, but she hadn’t really believed it―she’d simply been trying to encourage me.”

[2] His spiritual children testify, that he favored a gradual introduction of children to fasting, according to ability. His counsels in the book Oikogeniakē Zoē [Family Life] are instructive. Asked if a child of five or six should fast before Holy Communion, he replies that they should at least, the night before, fast from animal products. (This is a much lighter rule, according to the Greek practice he is being asked about, than adults are to fulfill.) “But,” he continues, “this is a matter for their spiritual father, because maybe the little child has health problems and needs, at least, to have milk.” In response to a more general question, the elder replies that “if the child is strong and healthy, he is able to fast” and observes that “now there is a line of fasting foods” offered for sale.―eds.

The elder favors children to fasting