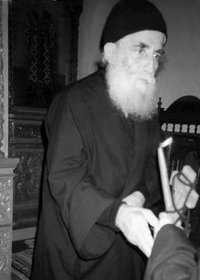 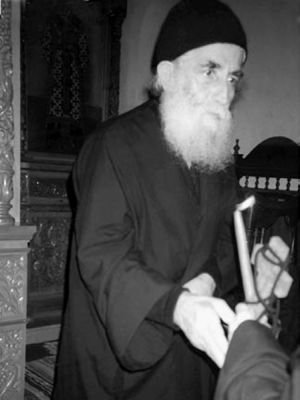 “I had been suffering from a demon since the age of twelve,” recalls a man from Thessaloniki named Evangelos.

“My life was torture. After the exorcisms they would read over me, I would feel as though I had been beaten up. “My spiritual father planned for us to go to Souroti for a vigil on the first Saturday of Lent in 1995. Before we set off, I sensed a fierce war being waged. During the vigil I didn’t feel sleepy at all. I was sitting down in the center of the church, and the nuns were all around. The vigil ended, and they started to read the prayers for the blessing of the water. I went wild. They took me to kiss the relics of Saint Arsenios. I had never felt like that before―I shudder when 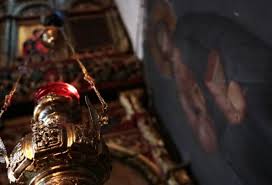 I say it―it was like my body was on fire. Afterward, I turned and said ‘Pai―, Pai―’ and the abbess asked me, ‘Paisios?’ I nodded my head in affirmation. Then I turned really wild, and I started to scream. They took me to the elder’s grave, and three times I shouted the word “Saint.” I wanted to leave, and I was trying to, but they were holding me down, pinning me on my back on the elder’s grave. And then I saw Elder Paisios sit up, rising at the waist as though he wasn’t dead but just waking up. It was him―with his beard and cassock. It happened in a matter of seconds: he touched his hand to my forehead, and at that moment I saw black smoke coming out of my mouth. I calmed down completely, but my physical pain didn’t stop right away. I fell asleep, and I would wake from the pain at intervals, saying, ‘It hurts a lot.’ “But, for forty days, I felt so much joy that I wept. Perhaps it was rash α me to say what I did: ‘My God, let me suffer a whole lifetime like before―if only I would feel this joy again, even for just one minute.’

He casts out a Demon