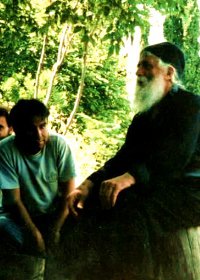 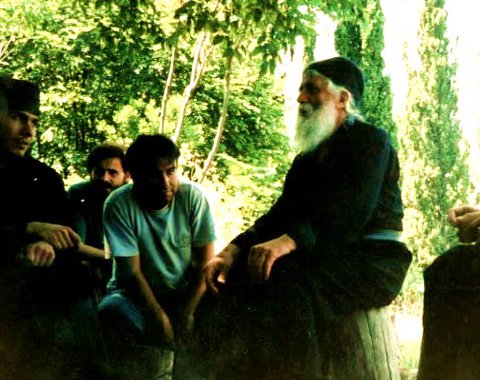 The Elder and Young people

The Orthodox Path is going to publish  a few examples of the way the Elder  Paisios helped young people.

The Elder had a special spiritual relationship with young people. He truly loved them like his own children, and he prayed for them, out of concern that they find their way. Identifying with them and feeling compassion for them, he helped them overcome their difficulties and problems, he sympathized with them, and he felt compassion for them. And they, sensing his great love, trusted him unreservedly, were obedient to him, and adored him. At his cell   one would see not only young people who were living spiritually and wanted to dedicate themselves to God as well as others who wanted to have families, but also drug addicts, anarchists, runaways, the mentally ill, as well as confused and suicidal youth. By means of the Elder’s counsels, they repented and pulled themselves together, and when they would next visit him they would be spiritually transformed. They also became preachers of repentance to their friends, and brought them to see the Elder. A few examples of the way the Elder helped young people are recorded from these pages within next weeks. …..

Elder Paisios and the addicts

Elder Paisios helped many drug addicts to end their addictions. To begin with, he would manage to get their attention, communicate with them, and win their trust. They listened to him attentively and took his advice; and, with his prayers and help, many were freed from this passion and became fervent Christians and good family men. “The poor kids,” he would say with compassion, “they can’t pull themselves together. Young people today are making them-selves unfit for anything.” He would tie their shoelaces, chase away the flies that bothered them, and fix their hair that fell in their faces. He counseled them to go to confession, to live a spiritual life, to find a simple job, and to keep themselves occupied. He gave them practical advice―encouraging them, for example, to eat carrots, because they are good for one’s health. He would send them to surroundings where they could be detoxified and help them assimilate into society and start a family.

One young drug addict was trying to end his passion, which hurt both him and his family. He only had a vague idea 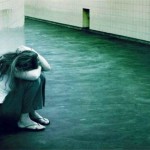 of who the Elder was, but he placed his last hopes in him. “He’ll have some medication to help me,” he thought, as he made his way down to Panagouda. As soon as the Elder saw him, he said, smiling, “Come here. I’ve got some good pills for you”―and he gave him a handful of hazelnuts.

We would like to thank the monastery  of Saint Arsenios  for giving us the permission to republish selected parts   of the book.

The book published  in English  by The Holy Monastery, ”Saint Arsenios the Cappadocian”, Chalkidiki . Greece.