/ Orthodoxy around the world / On the Search for Faith and Orthodoxy in the U.S.
<--Back

On the Search for Faith and Orthodoxy in the U.S. 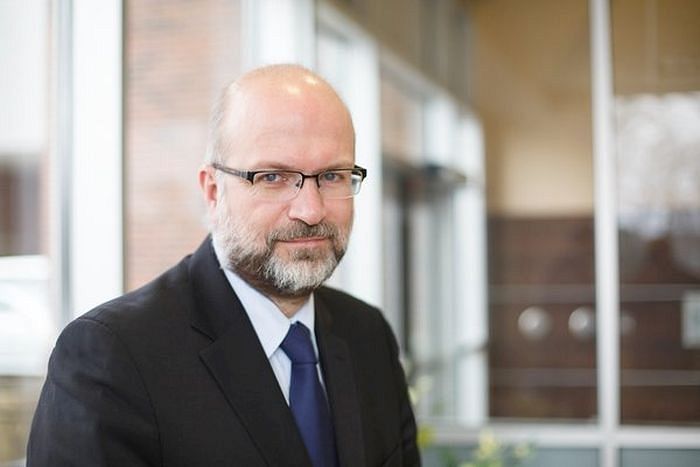 —Many scientists consider it impossible to believe in God. However, you are a man of science, and at the same time a believer…

—I came to the conviction that behind everything in the world stands Divine providence. Nothing happens by chance.

I rely on concrete data. We cannot close our eyes to the billions of miracles happening every day—the miracles that are truly everywhere around us. You go to church or travel to Mt. Athos and everywhere you hear about miracles. They can’t be just the fruit of speculation and fantasy. What, are millions of people throughout the whole world lying, as if they’re all part of an international organized disinformation structure? Why would they lie?

Every year, they send hundreds of photos to St. Anne’s Skete on Athos, of babies born to infertile couples that prayed at the wonderworking icon and relics of St. Anne. There is a huge volume with descriptions of these miracles, which happened not many centuries ago, but in our time.

A scientist should be able to explain what happens around him. A man of science doesn’t have the right to dismiss what doesn’t fit his longstanding ideas. To explain all miraculous supernatural events as coincidence and chance is anti-scientific. The most logical and sound explanation of what happens is the existence of the Triune God. When you accept this, then you will see that there are many striking phenomena, such as the creation of unceasing mental prayer. Moreover, you find yourself on the path of happiness, where God is love. Who would we have become if we didn’t have Christ?

—Tell us about your connections with the Holy Mountain.

—I try to go to Mt Athos every time I go to Greece, sometimes two or three times. There is a wondrous tranquility on Mt. Athos and in many places in Greece.

Athos immerses you in the mystical life and teaches prayer.

—You are fortunate to be acquainted with Elder Ephraim of Philotheou. Tell us about your impression…

—I’ve been to the monastery the elder built in Arizona1 a few times. I’ve also visited other monasteries in the U.S. opened by Elder Ephraim of Philotheou (there’s twenty in all).

I’ve had the opportunity to speak with him a few times. I didn’t know St. Paisios or St. Porphyrios, but I’m happy that the Lord deemed me worthy of the chance to meet Elder Ephraim.

—Are there people who live the spiritual life in the U.S.?

But then, does everyone who goes to church lead a spiritual life? I seriously doubt it. Elder Moses the Athonite wrote a good book about it. I have largely the same impression as he—many things in American Orthodoxy are alien to me. They use electric organs in the churches2 (which for me is unthinkable), many people commune without any kind of preparation, and they don’t live spiritual lives.

Churches have turned into clubs and community centers.

You can often find priests without beards and with Catholic elements to their garb.

The most grievous thing is the apostasy in dogmatic issues. I’ve been told that Catholics are allowed to commune in Orthodox parishes on the West coast. Inconceivable! An Orthodox can be blessed to marry a Lutheran under the pretense that she was baptized in the name of the Holy Trinity.

Many justify such precedents of condescension. But you can go very far astray this way.

The Paterikon contains the words of one elder: “Sin begins with a white lie.” According to him, large stones cannot fill up a container, but tiny bits of sand can fill it to the brim.

I rejoice when I meet priests who have not departed from Orthodoxy. Elder Ephraim of Philotheou does not accept such modernism and vociferously condemns it. It has caused definite friction with some representatives of the higher clergy, but someone has to stay on top of things and call a spade a spade.

On the other hand, I have met people who lead true spiritual lives. I have noticed there is a thirst for Orthodoxy in the world. Many Protestants and Catholics are coming to Orthodoxy because they crave spirituality, which their own doctors cannot give them. Western Christianity has degenerated.

Orthodoxy is not just going to church once a week on Sundays. We possess a great spiritual treasure—the Jesus Prayer, asceticism, prostrations, fasting…

I am certain that we must separate from Catholics and Protestants and not try to become like them. No compromises!

Many scientists in the U.S. are beginning to turn to Orthodoxy. They are reading the Paterikon and other Patristic texts. In Greece, we sometimes criticize the Church and priests, but we need to begin to peer into the depths of our own souls and to correct ourselves. A garden has both thorns and flowers. The real truth is standing in front of us—it is Christ. God is love. Can there be anything higher than to live in love? Dostoyevsky said that without God, everything is permitted. Perhaps the disorder and confusion of the modern world is due to the fact that we have lost all rules, values, and orientation?

—What would you like to say to young people about religion and Christianity?

—May God grant that all people would look at life rightly, that starting every new day we would say to ourselves, “Today I will try to give love,” and that we would strive to curb sin. Let us try not to deceive anyone—neither our neighbors, nor the state. If we try to act this way, our homeland will come out of this quagmire.

AgionOros.ru has offered its readers an interview with the world-famous scientist and author of much innovative research Nikos Stergiou. Prof. Stergiou is the dean of the Biomechanics Department of Nebraska University Omaha.

On the Search for Faith  and Orthodoxy in the U.S.