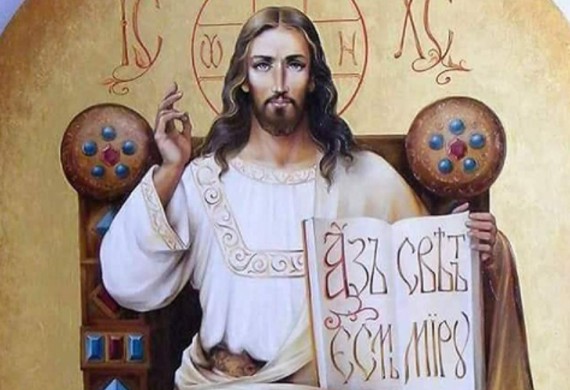 A young American man had visited St. Anthony’s Monastery in Arizona with his friends. At some point, Elder Ephraim who was in his room hearing confessions came out of the room, approached the young man and asked him:  – Do you have a good cell phone, a modern one, the latest and greatest one my child? “Why are you asking Elder?” said the young man. “I want you to call a monastery on Mount Athos in Greece so that I can speak to the monks there,” the Elder replied.

The elder gave the young man the monastery’s phone number and told him: “My child, call this number in an hour, and when the line connects, give me the phone so I can talk with them.”

Indeed, the young American called the Monastery of Mount Athos, and in English, he said to the monk that picked up the phone that Elder Ephraim from Arizona would like to speak to him. While the young American was saying this, he was also walking towards the room of elder Ephraim, to find him and to give him the phone.

The monk at the Monastery of Mount Athos was surprised by the call, and said to the young American that Elder Ephraim was at their monastery and he too wanted to speak to him! The young American was shocked.

The young man suddenly heard from the other line the words of Elder Ephraim, who was saying: “Hello John (for that was the young man’s name), this is why I asked you to call; so that we could talk! I’m on Mount Athos and you are in Arizona! I wanted you to have a glimpse of our Orthodox Faith and what is possible by the Grace of the Holy Spirit! I will see you soon John!” That is what the Elder told him and he then hung up the phone.

The young man was shocked! After recovering from his shock, he went to the room of Elder Ephraim, opened the door and saw that Elder Ephraim wasn’t inside! Then he went to his friends and began to share his experience with them.

And when the story was over, Elder Ephraim all of a sudden came out of the door of the confession room and said to him:

“John, come here so I can see you for a second!”

This event became the reason why the young man gave up worldly things and became a monk in the Monastery of Saint Anthony in Arizona.

Translated by Elias and Argyrenia Pipinos

How great is our God; the God of the Orthodox Christians