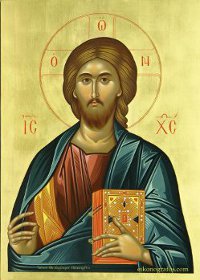 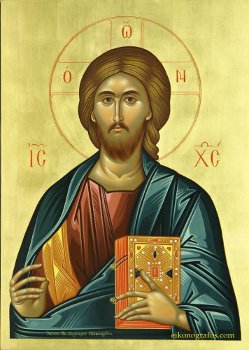 An indiction is any of the years in a 15-year cycle used to date medieval documents throughout Europe, both East and West. Each year of a cycle was numbered: first indiction, second indiction, etc. However, the cycles were not numbered, thus other information is needed to identify the specific year.

Indictions originally referred to the periodic reassessment for an agricultural or land tax in late third-century Roman Egypt. These were originally in 5-year cycles beginning in 287 AD, then in a non-cyclic series which reached number 26 by 318 AD. But by 314 AD, the 15-year cycle had appeared. The Chronicon Paschale (c. 630 AD) assigned its first year to 312–313 AD, whereas a Coptic document of 933 AD assigned its first year to 297–298 AD, one cycle earlier. Both of these were years of the Alexandrian calendar whose first day was Thoth 1 on August 29 in years preceding common Julian years and August 30 in years preceding leap years, hence each straddled two Julian years.

The indiction was first used to date documents unrelated to tax collection in the mid-fourth century. By the late fourth century it was being used to date documents throughout the Mediterranean. In the Eastern Roman Empire outside of Egypt, the first day of its year was September 23, the birthday of Augustus. During the last half of the fifth century, probably 462 AD, this shifted to September 1, where it remained throughout the rest of the Byzantine Empire. In 537 AD, Justinian decreed that all dates must include the indiction via Novella 47, which eventually caused the Byzantine year to begin on September 1. But in the western Mediterranean, its first day was September 24 according to Bede, or the following December 25 or January 1, called the papal indiction. An indictio Senensis beginning September 8 is sometimes mentioned.

The 7,980-year Julian Period was formed by multiplying the 15-year indiction cycle, the 28-year solar cycle and the 19-year Metonic cycle.

This applies even when the Anno Domini year begins during the preceding September, as it did during the early Middle Ages.

The indiction for a Byzantine AM year (beginning September 1) is found by dividing that year number by 15 and taking the remainder (modulus). If the remainder is zero, then the indiction is 15. For example, the Byzantine year AM 6961, when Constantinople fell to the Ottoman Turks, is indiction 1. 6961 mod 15 = 1

The indiction in the Orthodox Church is on September 1.

Background: While the measure of a day and year have been labeled, and changed over the years, for time immemorial, the tagging of a period of years has varied throughout history. Eras or epochs of years have been measured from various starting points have been based on various events. These measures have included counts based upon the cycle of Olympiads, epochs starting from the founding of Rome, on the reigns of monarchs such as used today in Japan (the Meiji or Showa eras), from the formation of earth, and so on. In much of the world today the enumeration of years is based on the birth of Christ, although this practice, or epoch, did not become common for centuries after Dionysius Exiguus, a Scythian monk, established this starting point in 527.

In the third century in the Roman Empire an epoch measurement became popular called the Indiction. When indictions began to be used about 287, it originated as a cycle of five years. By 314 an indiction cycle of fifteen years appeared which became the common measure at the same time that the Emperor Constantine the Great recognized Christianity. The use of indictions for dating documents not related to taxes began in the mid-fourth century.

Each indiction itself was not distinctly identified, only the year within the indiction. Thus, an indiction may need reference to some other event to identify a specific indiction. Additionally, different systems of calculating the indictions came into use of which the following are most common: