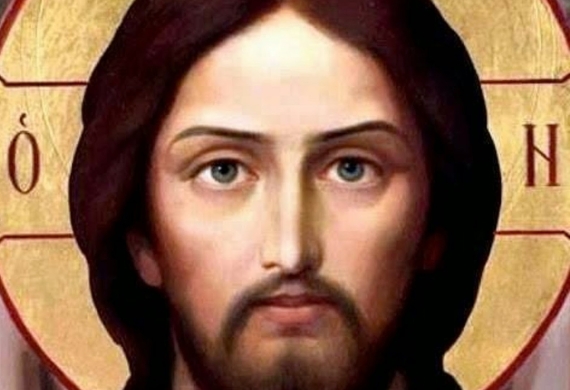 Who should expect it, beloved!  People who were uneducated and who didn’t attend schools and universities – people to whom the world paid no attention – how does it happen that these people, poor and powerless, the Apostles, who hid in fear on Holy Friday and didn’t dare come out to visit the tomb of Christ, now appeared in public and preached Christ with power?  How did the timid become brave and fearless?  How these illiterate people become orators and wise men?  How did this change take place?  It cannot be explained unless we accept the fact that two great happenings affected their lives.  One was the resurrection of Christ, the other was the descent of the Holy Spirit.  The Apostles saw Christ, Who arose from the grave, with their own eyes.  They believed in Christ absolutely.  There was no doubt whatsoever in their souls.  Then, in fulfillment of Christ’s promise, they received “power from on high”, or the Holy Spirit, and the rabbits became lions.  “Such is the change at the right hand of God”.

We see today in the excerpt that was read how successfully the Apostles preached the Gospel of Christ.  The Gospel has never had as much success as it had during the days of the Apostles.  Don’t you see?  Those base and unbelieving people – the people who hated Christ and who got together on Holy Friday and shouted: “Crucify, crucify him” – they heard the Apostles who were preaching, they repented and were baptized by the hundreds and thousands.

The growth of the first Church is another miraculous event.  To what, we wonder, is the astonishing growth of the first Church attributed?  It is attributed to the preaching of the Apostles, the preaching that came out of their mouths like fire, illuminating and warming frozen hearts.  Those who heard them understood that the Apostles believed what they preached and were ready to shed their last drop of blood for Christ.  Without the Apostle’s preaching, would the Church have grown?  Preaching is the life of the Church – not just any kind of preaching but the kind of preaching that the true preachers of Gospel, people who believe and are ready to make every sacrifice, do.

So now we know that the major reason that the first Church was able to progress and grow was the preaching of the Apostles.  But something else contributed to the growth and progress of the Church, and that was the miracles of the Apostles.  As today’s Epistle lesson says “By the hands of the Apostles were many signs and wonders wrought among the people”. (Acts 5:12).  What miracles?  Wherever the Apostles happened to pass in Jerusalem, the people brought the sick in their beds and waited in the streets and squares of the city.  They waited for the Apostles to pass.  The Apostles had so much power to cure the sick that it was only enough for Peter’s shadow to fall on them and they became well.  Even the sick who came from the neighboring cities and villages, and even those possessed by demons, were cured by the miraculous power of the Apostles.  Thus the preaching of the Apostles, in combination with the miracles they performed, took on an unprecedented brilliance and made the people believe and repent.  Oh, if only today’s preachers had the power to perform miracles!

The progress of the Gospel and the rapid expansion of the Church did cause considerable anxiety.  The Jewish authorities certainly were not pleased.  They had killed Christ, thinking that by doing so the troublesome preaching would stop.  But after Christ’s death, the preaching did not stop, but rather continued with great success.  The Jewish authorities did not expect this, and they became enraged.  They arrested the Apostles and threw them in jail.  They thought this action would silence the name of Christ.  But again they were mistaken.  A new miracle took place: God intervened.  An angel unlocked the door of the jail at night and told the Apostles: “Go, stand and speak in the temple to the people all the words of this life”.  That is to say, the angel told them: “Go and stand there where you preached.  Stand fearlessly and courageously and preach the words that bring life to dead souls.  Preach to the people.”  Yes, to the people, the angel emphasizes, which means that, if the leaders who have the power and are full of egotism and pride don’t want to hear the preaching, don’t be influenced by their denial or be afraid of their persecutions.  Talk to the people, women and men, young and old people.  There are people out there who are not egotistical and who want to hear the preaching.  The preaching of Christ, which the greatest of all the preaching of the world, can’t help but motivate people who are tired of hearing the dull preaching of the scribes, Pharisees, and Sadducees.

“Go, stand and speak in the temple to the people all the words of this life”.  This voice of the angel crosses the centuries and reaches us.  It is also directed to today’s preachers and apostles of Christ because preaching can never stop.  No one can stop it, just as no one can stop the rushing waters of a river with fences.  The river will knock down the fences and continue on its way.  The purpose of the river is to run.  The word of God also has its purpose to run.  Yes, the word of God will run; it will be preached in all times and in all centuries.  It will bring divine blessings everywhere, and it will perform the greatest of miracles.  Spiritually uncultivated and waterless places will change into exceptional gardens of God’s grace.

Oh bishops, priests, theologians, and preachers of Orthodoxy: listen to the voice of the angel and with heroic conviction preach the Gospel to our people.

This chapter was taken from the book “SPARKS FROM THE APOSTLES” by Bishop Augoustinos N. Kantiotes.

Preaching will not stop