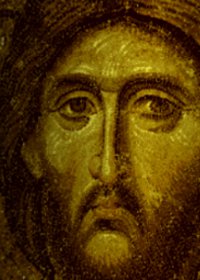 Why are you hurting so much? Not for any other reason, but because there is resistance in you, because there is rebellion. And here is how this rebellion works. As it happens with a fortress… which is being under assault from the outside. The stronger the person, who is inside fighting for it, resists, the more intense the efforts of the attackers become to siege the fortress. To break doors, to get into it and occupy it.

This is what happens with God and the soul. Every one of us is entrenched within his impregnable fortress-stronghold of his own establishment.

For a lifetime long God tries through His grace to knock down this fortress, to reach you, to touch you, to embrace you. And you fight against it. You fight back with all your might.

The visitations of pain, the visitations of God through pain, are such a thing exactly. And you don’t give in. That’s why you are hurting. Because you have your own strong will. You’ve got egoism. You’ve got selfishness. The resistance and rebellion are solid, they aren’t something vague.

No matter what happens to him, a saint will say: “let it be blessed”. And he moves on. And he savours all the blessing of pain. A saint doesn’t get hurt because there is no resistance to the will of God in him. Nor is there any rebellion against how God did or does everything. What hurts a saint is sin only. But this kind of pain nurtures the soul, invigorates man, endows man with life.

All sufferings are the warp through which, like a weft, goes the grace of God, his miraculous interventions, his whole uncreated divine energy, and in such a way, day by day, man is transformed.

Why are you hurting, dear man?