/ Catechisms and articles / Do you believe?
<--Back 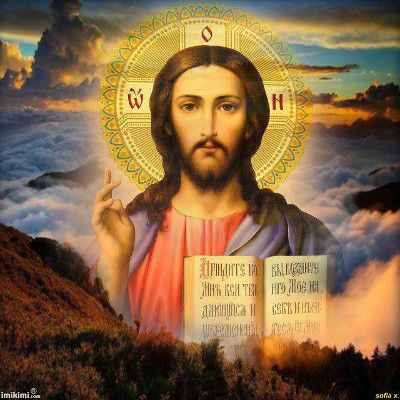 “And in one Lord, Jesus Christ, the Son of God…”

The first article of the Symbol of Creed, speaks about God.  Continuing now, we will discuss the second article.  It reads, “And in one Lord Jesus Christ, the only begotten Son of God, begotten of the Father before all ages.  Light of Light, True God of True God, begotten not made, consubstantial with the Father, through Whom all things were made.”

The first word of this article is “and.” This “and” was not introduced unintentionally into the Symbol – none of the words of the Symbol are there by accident.  Every word has significance.  After much contemplation and by the illumination of the Holy Spirit, the fathers of the First and Second Ecumenical Synods composed the Symbol and placed each word properly.  The word “and” then has its own significance.  It connects the second article with the first.  It places the Father and the Son on the same level, the same plane.  God is the Father, and God is the Son, the Christ, as well.  The “and” means that we believe in God the Father and we believe in His Son our Lord Jesus Christ

Those fathers with all the martyrs and confessors believed in Christ.  They believed what the Symbol of the Faith proclaims about Him.  Twentieth-century people, however, even those who call themselves Christians, do they really believe in Christ?

If you ask poor people today, you will see that very few actually believe in Christ and strive to live in accordance with His holy will.  The rest?  If they went to universities and consider themselves scholars or scientists, some then say Christ was a wise man, the wisest of all; others say He was a friend of the poor; others, that He was a great orator and sociologist; others, that He was a great revolutionary figure, who came to overthrow the establishment.  None of them, however, in spite of the laudations they give Him, accepts what the Church believes.  They do not accept Him as God.  Others in our times go even further, into unbelief and atheism, and as they maintain that there is no God, they say and write that Christ never existed, except in people’s imagination.

What a horrible thing unbelief is!  If one begins to question his faith, without noticing it, he will begin to fall into greater and greater doubt, until he ends up an unbeliever.  Such a person is like a rock – once it begins rolling down a hill, it will never stop rolling, but will continue until it reaches the lowest place it can find.

The faithless cry: “There is no God.”  But no matter how much they cry out, they will never succeed in blowing out the Faith of Christ.  This faith has very deep roots in the human heart, and no satanic power is able to uproot it.  The “I believe in one Lord, Jesus Christ, the only begotten Son of God” will continue being declared boldly by every pure and humble soul.  An old man once came from a neighboring village to the city of Florina and entered the diocesan office.  He brought a little girl with him, who was attending the second grade of the elementary school.  She was his granddaughter, and he had brought her to the office because she wanted to say the Creed before the Bishop.  And so, she recited it in a loud voice, and without error.  I asked her if she believed in Christ, and she answered, correctly making the sing of the Cross, saying “I believe in Christ and I love Him”.  I rejoiced and glorified God, because there are still pure, child-like souls.

Unbelievers continue to cry out and say that Christ never existed.  But, that Christ existed, that He was born in Bethlehem in the reign of Ceasar Augustus, that he lived and worked in Palestine, that he was crucified by Pontius Pilate, these events are actual and not imagined.  Christ was a historical person.  Historians of the First century attest to this:  Josephus, Tacitus, Suetonius, and Pliny.  Although the means of communication were primitive, although He came from a despised country, His fame as an extraordinary teacher, prophet and wonderworker spread far beyond the borders of Hi native Israel and reached Rome.

Foreign authorities speak of Christ’s existence.  His life and deeds.  These had no relations with Him, but they observed the events with an indifferent heart.  It is certain that Christ was born and lived in Palestine.  It is as certain as the fact that Alexander the Great was born in Macedonia, lived and was active there.  We believe the few historians who bore witness to the historical existence of Alexander, and no one questions his existence.  People, therefore, should not question the historical existence of Jesus Christ.  They should have more faith in the testimonies that credible people wrote about Christ with truthfulness and self-denial – the four Evangelists.

Dear friends, let us erase from our heart every question which satan puts there regarding Christ’s existence and life.  By studying the holy Gospels, our hearts will be filled with admiration for the unique Icon of Christ.  The questions and doubts will then be changed into exclamations of faith, and together, with child-like voices, we will say: “I believe in one Lord, Jesus Christ, the only begotten Son of God, begotten of God before all ages…”

This chapter was taken from the book “ON THE DEVINE LITURGY