/ Spiritual Life / What speaks to the heart that fights with God?
<--Back 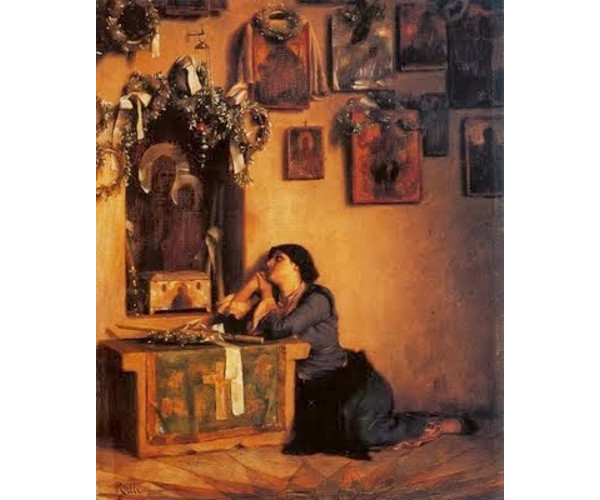 When I was at Mount Athos in Nea Skiti, one night we heard a knock on the door of our small monastic house and we opened to see who it was. There were three young individuals who were lost on the road and could not be hosted in the Monastery because they had closed their door. So, we had to accommodate them in our hut which was not a problem.

We prepared for them something to eat. One of them, however, was very negative with everything. I sat down to talk to them while they ate because I didn’t want to leave them alone. We said some things. Again this one person was negative. He smiled ironically and was looking at me in a strange manner. I knew he did not like me for some reason.

After eating their food, I went to show them where they were going to sleep. So, this person told me:

– Father, can I give God one last chance to speak to me?

– Nice thought. And what will happen now? How would you give God the last chance to speak to you?

I took a blessing from the Elder and went and sat with him in a chapel we had. We talked from eight o’clock in the evening until four o’clock in the morning when he heard the bell for the service. He spoke of course, did not let God talk to him because he wanted to say all that he had inside him. Very intelligent man, very well read, very well educated, was in the Law School then.

– Well, he says, look Father, I grew up in the church and I met strong spiritual fathers and priests. I know everything. When I tell you something, I know in advance what you will answer me.

And indeed, he knew too many things. I did not have anything to answer because he did know everything. And as he was intelligent and talkative with great arguments – he was a lawyer after all – I felt “squeezed” in my small humble chair. I just listened to him and prayed inside of me saying “God help us get out of here tonight. What is going to happen?  Where are we going with this man?” Anyway, he talked and he talked and he talked…

I tried to say something but he did not let me. He was saying:

And indeed he knew, he was not lying. When it was finally time to go he said:

– Father, you know, I was able to win all the battles inside of me. All the arguments of the Church, all the teaching of the priests, everything. I have broken them, I’ve defeated them. I have my opinions, I have strong arguments in me so I do not believe any of these things. However, there is one thing that I was not able to defeat.

– MY MOTHER. I cannot defeat my mother!

– What do you mean? She talks to you too much?

– No, actually my mother doesn’t talk at all.

– Well then, what does she do?

– Well, when I get up in the evening and see her praying in her knees, I cannot take this picture out of my mind. Everything else I destroyed. And the priests and the churches and the monks and everything but this image of my mother I cannot!

This young man left but finally I found out that the image of his mother won! He fought a lot with himself. He went to Mount Athos and the Monasteries all the time. We did not say anything to him again, he was just very observant of what we were doing. He observed watching things we did not see for so many years. He dealt with various situations in his life. Until his mother’s image won, which was a woman with no education but a woman of the Church who prayed too much for her child.

And today, Glory to God, this young man excels. He is a member of his local Church where he belongs. And indeed, he and his home church, his family and all who are close to him, truly excel in spiritual life. Since then, he has become a staff member and teacher of the Church, and now he also supports many other people in their struggles.