/ Saints and Elders - Counsels / Advice for parents from elder Porfyrios
<--Back 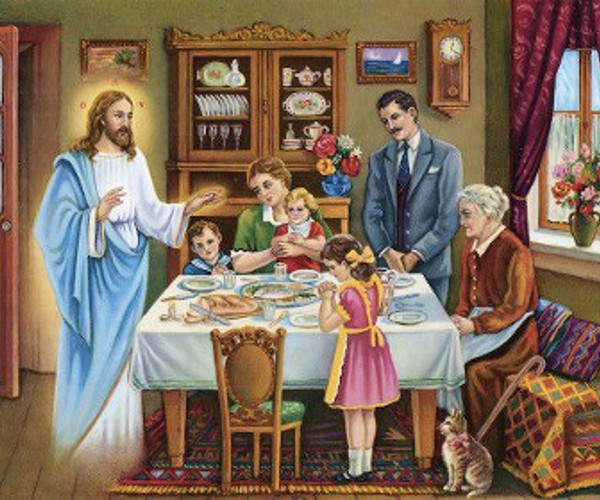 Today we put before you the words of one of the most inspiring elders of our times. The late Elder Porphyrios was a monk from Mt Athos who, for health reasons, had to leave Mt Athos, and ended up living in the heart of Athens for most of his life. In 1926, and at the age of twenty, he was ordained a priest by the Archbishop of Sinai, Porphyrios III, who gave him the name Porphyrios. At the age of twenty-two he became a confessor and spiritual father. Due to his extreme humility and obedience he received early the gift of spiritual discernment i.e. a type of clairvoyance. Below we provide his invaluable and insightful advice to parents on parenting issues.

What saves and makes for good children is the life of the parents in the home. The parents need to devote themselves to the love of God. They need to become saints in their relation to their children through their mildness, patience and love. They need to make a new start every day, with a fresh outlook, renewed enthusiasm and love for their children. And the joy that will come to them, the holiness that will visit them, will shower grace on their children. Generally the parents are to blame for the bad behaviour of the children. And their behaviour is not improved by reprimands, disciplining, or strictness. If the parents do not pursue a life of holiness and if they don’t engage in spiritual struggle, they make great mistakes and transmit the faults they have within them. If the par­ents do not live a holy life and do not display love towards each other, the devil torments the parents with the reactions of the children. Love, har­mony and understanding between the parents are what are required for the children. This provides a great sense of security and certainty.

Two sisters came to see me. One of them had gone through some very distressing experiences and they asked me what was the cause of these. I answered them:

‘It’s because of your home; it stems from your parents.’ And as I looked at the girl I said:

‘These are things you’ve inherited from your mother.’

‘But,’ she said,’ my parents are such perfect people. They’re Chris­tians, they go to confession, they receive Holy Communion and we had a re­ligious upbringing. Unless it is religion that is to blame…’

I said to them:

‘I don’t believe a word of all that you’re telling me. I see one tiling only, and that is that your parents don’t live with the joy of Christ.’

On hearing this, the other girl said:

‘Listen, Maria, the Father’s quite right. Our parents go to confession and receive Holy Communion, but did we ever have any peace at home. Our father was constantly complaining about our mother. And every day either the one refused to sit at the table or the other refused to go out somewhere together. So you see what the Father is saying is true.

‘What’s your father’s name?’ I asked her,

‘Well,’ I said,’ the feelings you’ve got inside you towards your moth­er are not at all good.’

Another day a mother came to visit me with one of her daughters. She was very distressed and broke down in tears.

‘I’m in total despair over my older daughter. She threw her husband out the house and deceived us all with a pack of lies.’

‘What kind of lies?’ I inquired.

‘She threw her husband out the house ages ago and she didn’t tell us anything. We would ask on the phone, “How’s Stelios doing?’, and she would reply, “Oh, he’s fine. He’s just gone out to buy a newspaper.” Each time she would think up some new excuse so that we wouldn’t suspect anything. And this went on for two whole years. A few days ago we learned the truth from Stelios himself when we bumped into him by chance.’

So I said to her:

‘The fault’s your own. It’s you that’s to blame, you and your husband, but you most of all.’

‘What do you mean!’ she said indignantly. ‘I loved my children to the point that I was never out of the kitchen. I had no life of my own at all. I took them to the church and I was always telling them the right thing to do. How can you say that I’m to blame?’

I turned to her other daughter who was with her and asked:

‘What do you think about the matter?’

‘The Father’s right, Mum,’ she said. ‘We never ever enjoyed a single day when you weren’t quarrelling with Dad.’

‘Do you see then, how I’m right? It is you that are to blame. You traumatised the children. They are not to blame, but they are suffering the consequences.’