/ Spiritual Life / “If God doesn’t intervene, there is no salvation for me”
<--Back

“If God doesn’t intervene, there is no salvation for me” 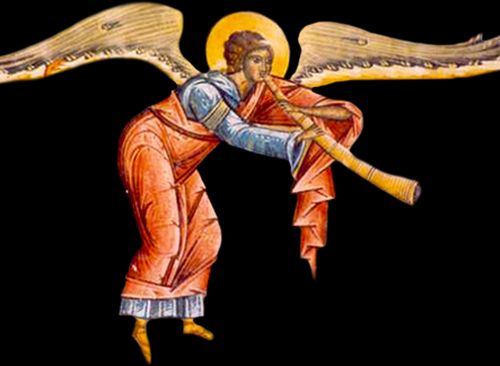 Pay attention to this –pay close attention. It’s possible for someone to do the holiest of things, and yet his selfishness afflict him even more deeply. This is especially sure to happen when your selfishness has an unhealthy character. And therefore it’s this that I want you to pay attention to. One should understand that within him –apart from everything else –he has an unhealthy state. His weaknesses aren’t just natural weaknesses, but have an unhealthy character –this is the case even more now than ever. One should recognize that it’s because of this that his weaknesses are so strong, and that no matter how he tries, this weakness –this unhealthy state –will continually trip him up. And thus, someone cries out: “Who will release me from this state?”

Do not be afraid. The grace of God will do this, will release us; Not us –we don’t do this ourselves. We’re able to do nothing but to understand, to know, that truth.  Realizing this, one may look at himself and say: “So it’s like this, is it? You’re the one who’s doing these things to me?” When this happens, he becomes very well aware that it’s his own selfishness that has created this awful situation in his life, and made him so miserable and unhappy. When a person realizes this he is more and more filled with contrition and is humbled. He seems more and more like chaff, as though he’s nothing before God; he appears not only like a tiny animal but like a sick, tiny animal. However, it’s at this very moment that he can, with even more hope, say to God: “My God, not only am I begging you to intervene, but I believe that this is my only hope. And so you’ll do this, my God, since apart from this there’s no salvation for me”. Man arrives at such a point –pay attention to this –at such a dead end that he says: “It won’t happen otherwise. If you don’t intervene –if you don’t save me God –there is no other solution for me”. And this is very beautiful.

Then, one really believes in God. That is to say, God brings things about in such a way that subsequently man believes; as though it couldn’t have happened any differently. He believes that God holds everything in his hand and that it’s impossible for God to leave his creature at a dead end, or to let him to plummet down asteep slope. At that point, man is completely dejected –completely disillusioned –with himself, but completely redeemed from whatever self-righteousness he had, and so he entrusts himself to God.

I don’t know how many of us reach this point of having courage to entrust ourselves to God. And it’s from this moment onwards that we shouldn’t fear. And yet, every one of us is able to do this. However, to change and to correct ourselves, none of us can do. We can’t stop having this selfishness, or having this unhealthy state within. This is the work that God –that the grace of God –will do. The work left to you, however, is not to live as though you don’t understand that you have these things, but to desire to battle with them –not to adorn and present them as being something precious. These things are nothing and make your life a misery. If you become conscious of your terrible condition and bow before God, then God will save you.

“If God doesn’t intervene, there is no salvation for me”