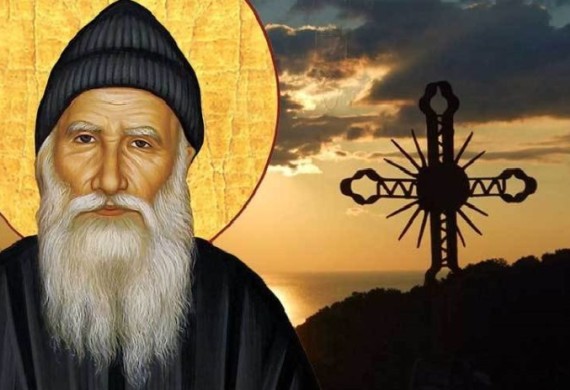 The winter of 1988, a medical student went to visit Elder Porfyrios (now Saint Porphyrios Bairaktaris the Kapsokalyvite; 7 February 1906 – 2 December 1991). The elder was sitting on his bed. Because of his chronic illness he liked to keep his room unbearably hot. The Elder placed his two hands on the wrists of his visitor. The elder’s arms were covered in some sort of wound dressings. The elder was making small talk with the student, asking where he was from, what was he studying… And then he told the student “There was a doctor in the Greek island of Zakynthos, he was very careless sometimes to the point of negligence. His patients suffered several complications and went through major troubles. Transportation from the island to the mainland was difficult and unfortunately this physician was the patients’ only option. As a result, their health frequently suffered. The elder then said to the student: Be tremendously careful when you write prescriptions. Be careful what drugs you prescribe for each ailment, so you do not write a wrong prescription and make your patient suffer.

The Elder then asked: “What do you think about Molecular Dynamics?”

“I do not know what that is Elder,” said the student.

“Think about it, think about what Molecular Dynamics are.”

“But this is not related to medicine. I have no idea,” responded the student.

But the Elder persisted: “Think about it, think about it and tell me. What does your mind come up with? What is this?” The student tried to give an explanation and the Saint let him trying to think about it. The student thought that this field was something irrelevant to his medical studies, even though the Saint insisted saying, “it has to do with your area of study.” The student got the elder’s blessing and left. In 1994, the student got his medical degree and 15 years later he pursued a clinical research fellowship and graduate studies in London, under the mentorship of the famous scientist Dr. Diego Vergani. His area was Medical Physics. One day, Dr. Vergani handed to the young doctor an envelope with the subject that he wanted his pupil to follow for his research. The young doctor opened the envelope and he read that the subject that was assigned to him by his mentor for his research was: “Molecular dynamics.” The shock was so intense and his emotions so strong, that he left the room and started crying. He then called his parents and his brothers and told them what had happened. Dr. Dimitrios M. has served as Senior Lecturer in a prestigious Medical School in London. He is a prolific researcher with many discoveries and publications. He is currently working as a professor of medicine in a large academic hospital in Greece.

The gift of foreseeing is powerful in His Saints