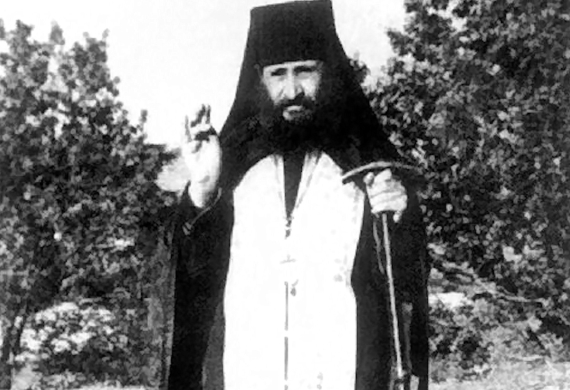 One morning, a farmer from Sipsa, a town close to the city of Drama in Greece, was getting ready to pour fertilizer in his fields. However, he was urgently called into court as a witness. Thus the farmer asked his trusted fellow villager to help him out. However, instead of helping the farmer, the villager spread the fertilizer in his own fields, without anyone noticing him.
After some time, when the villager went to the monastery to receive Communion, the elder of the monastery, the eventual Saint George Karslidis, refused to give him Holy Communion, telling him that he must first repent of his sin and confess.
Because the villager then pretended to not know of what sin he was supposed to confess, the Saint assured him that his field would not bear any fruit that year, even though it had received all of the farmer’s fertilizer. Instead, the fields of the farmer, who was wronged by his fellow villager, would bear a lot of fruit. And that is exactly how things turned out.

Source: From the life of Saint George Karslidis