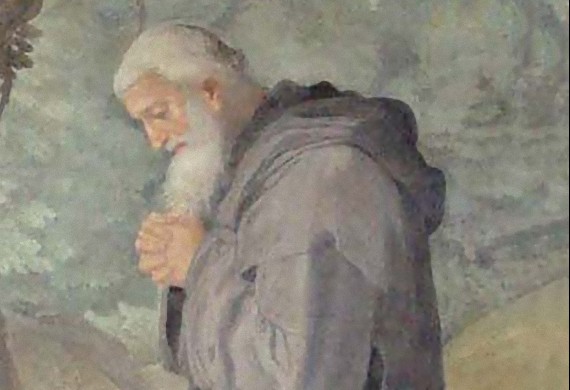 Saint Nilus the Younger, also called Saint Neilos of Rossano (910 – 1005) was a monk, abbot, and founder of Italo-Byzantine monasticism in southern Italy. Once in Rome, he noticed a tall and beautiful woman in the church of St. Peter and was so impressed by her figure that whatever he did, he could not get her out of his mind. Seeing that he loses the battle with this weakness, he turns to the Lord with unceasing prayer. From the Icon of the Crucified Christ that was in front of him, he sees the figure of the Lord raising His right hand and blessing him three times. From this moment on, every war and impure stimulus in his life ceases, so that what he failed to achieve with his many fasts and vigils, he acquired through the confession of his own weakness.

From the life of Saint Nilus the Younger

Prayer is the way