/ Saints and Elders - Counsels / On Salvation and Paradise part 3
<--Back

On Salvation and Paradise part 3 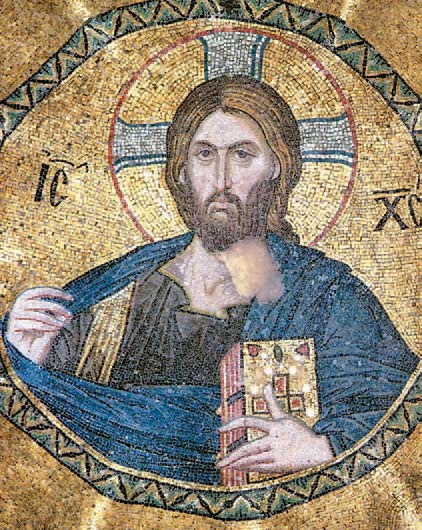 Just as God has spiritually united us with an unbreakable bond, likewise may He count us worthy to be together in His heavenly kingdom, so that we may dine at the spiritual table and delight in His divine fare, united with the heavenly Father, in Whom the everlasting rivers of His divine waters flow. Oh, what a great calling! Oh, how rich are the fruits of transitory afflictions!
The children of God will be adorned with heavenly garments; the divine features in their faces will appear radiant; they will enter into the paternal legacy—the eternal repose!
They will go about those heavenly dwellings, and beholding those boundless riches, they will remain in ecstasy* without realizing that eons are passing! Oh, what a great calling for man!
But two distressing thoughts blemish this good meditation.*
The first one is that I shall not participate in all of this glorious blessedness—this is just a meditation now, but later it will take on flesh and bones, in other words, it will materialize. The second one is that people live their lives in ignorance of this great calling, and consequently this ignorance gives rise to separation from God, and spiritual death.
O my God, Lord of Sabaoth, enlighten the darkness of our hearts that we may see Thee, the true light, the blessed light that enlightens and gladdens the hearts of Thy friends. Enlighten us that we may follow Thee until the eternal rest.

*Ecstasy
One experiences ecstasy when, with the synergy of grace, one detaches his nous from reason and the surrounding environment and brings it back to the heart. Then, “through the heart the nous ascends to God,” according to St. Gregory Palamas. During ecstasy, the nous is found in a different, spiritual realm. It is not a respite of the actions of the soul and nous, but a respite of physical actions, such as eating, sleeping, etc.

*Meditation
The term “meditation,” as used by the Holy Fathers, indicates a thoughtful reflection or pondering upon a certain aspect of the faith, e.g., the Incarnation, God’s mercy, the Crucifixion, the Transfiguration, one’s sinfulness, etc. This is quite different from what is known as “Eastern meditation,” which is the use of various psychosomatic techniques intended to bring about self-identification with a “supreme being” (or so-called “deity”), an “impersonal reality,” or even nothingness. On the other hand, for an Orthodox Christian, meditation brings about humility, gratitude, and love, and is a preparation for prayer, which is a personal experience of the one, true, living God.

Source : From Counsels from the Holy Mountain:

Selected from the Letters and Homilies of Elder Ephraim of Arizona

On Salvation and Paradise part 3