/ Catechisms and articles / The Son of Man
<--Back

The Son of Man 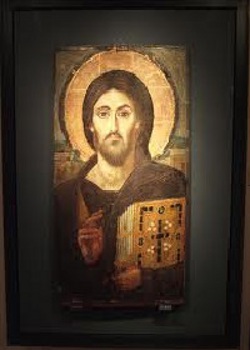 “Who for us and for our salvation came down from Heaven,
and was incarnated by the Holy Spirit and of the Virgin Mary.”

Our Lord is a sign that has been contradicted. People have made war over his name. This began on the day of His birth and continues to this day, and will go on until the end of the world. No other person in history was fought over so much as Christ. Unbelievers and atheists reject Him; heretics teach ideas which are contrary to the Holy Scriptures and our Sacred Tradition. Heretics, egotists that they are, interpret the Holy Scripture as they wish and think they have discovered something new. Some of them dispute the divinity of Christ, others question the humanity of Christ. Who are they?

They are the heretics who, on one hand accept that Christ is God, but on the other, do not admit that Christ became a man like us. They reject Christ’s human nature. They maintain that the body with which Christ appeared on earth was not real, but an imaginary one. They think they are elevating Christ in this way, saying He did not have any relationship with human flesh. They consider it degrading to say that Christ took on human flesh and became a real human being.
The heretics who rejected Christ’s divinity were the Arians, the ones who rejected Christ’s humanity were called Docetists. The Church however fought both Docetism and Arianism. St. John the Evangelist says, concerning those who reject the truth that Christ took on human flesh, that they have the spirit of Antichrist (II John 7).
Christ, who called Himself the Son of God, also referred to Himself as the Son of Man. Eighty times in the New Testament, Christ is called the Son of Man; and He is called so to emphasize that, besides having a Divine Nature, Christ also has Human Nature, which came with His birth from the Virgin Mary. He was made flesh and dwelt among us (John 1:14).
Christ is perfect God, but perfect man as well. The Gospels, which describe the details of His earthly life, show that He was a true man, similar to us, and not a ghost or a phantom like those seen in dreams. As we can see in the sacred texts, Christ became hungry and thirsty, felt pain, cried and felt the need of rest and sleep – He slept on the deck of a ship and under the shade of trees; His immaculate hands and feet were pierced by nails, His side by a soldier’s lance, and blood and water came out (John 19:34).
These things were written by eye-witnesses, the Evangelists. They are not fantasies, but real events. Over and over again, Christ, speaking about the time of His suffering, refers to Himself as “Son of Man”. When asked where He lived, that he might be visited, Christ answered that even the wild beasts have their nests, but the Son of Man hath not where to put His head (Matt.8:20). Christ lived like the very poor, and tasted the sorrows and sufferings of human nature. He did not live outside the world, but in the midst of it with its suffering people, felt their pains and sorrows, and the “Son of Man” cried with them.
Christ is perfect man and perfect God. This is the teaching of our Church, a teaching which is not arbitrary but based on the Holy Scriptures. And whoever questions the divinity or humanity of Christ is outside both the letter and spirit of the word of God.
But unbelieving heretics, upon hearing this teaching about Christ, are scandalized and ask: “How is it possible to unite the divine and human natures?” We reply that the union of the divine and human nature in the Person of Christ is truly a great mystery. As Apostle Paul says “And without controversy great is the mystery of godliness: God was manifested in the flesh, justified in the Spirit, seen of angles, preached unto the Gentiles, believed on in the world, received up into glory” (I Tim.3:16).
An example will give us some faint image of this mystery. We say that the two natures were united in Christ “unconfused, unaltered, unchanged, and indivisible”, but let us briefly look into every man and we will see the union of two dissimilar things. One is the body, the other is the soul. The first is perishable, the second imperishable; one is visible and the other invisible; one natural the other supernatural; one is material, the other immaterial. In spite of this, however, these are united in man. How? It is a mystery! Therefore, as these are united I man, in a similar manner the two natures, divine and human were united in Christ.
Yes, Christ is a perfect man. But how? Wasn’t there a perfect man before Christ? Our answer: the first man, Adam, was created without sin. He was created with wonderful psychic powers, which, when used rightly would have given him continuous progress towards perfection and he would have become like God. But as we all know, the first man, Adam, did not remain in the state in which God placed him. He sinned. He made bad use of his divine gifts, and instead of being elevated, he fell. All men, who came from Adam, became corrupt, and their wickedness and bad habits, their crimes, impiety and unbelief began to conceal that beautiful image in man. They cried and moaned for their corruption and felt the need of someone from heaven to restore the image, to save mankind.
The one for whom men and nations were waiting appeared. He is Christ. He is the New Man, the New Adam, the Son of Man. Christ, with His virtues, appeared in the world, becoming the image – and not just an image, but the original image, namely the unique, excellent example of virtue, for people to look to and imitate.
With Christ as a prototype, people again become truly human, with all the depth and breadth the word contains, while outside of Christ, man is dehumanized, losing every element of nobility, exhibiting not the image of Christ but that of Antichrist.

This chapter was taken from the book “ON THE DEVINE LITURGY – VOL.2” by Bishop Augoustinos N. Kantiotes.

The Son of Man