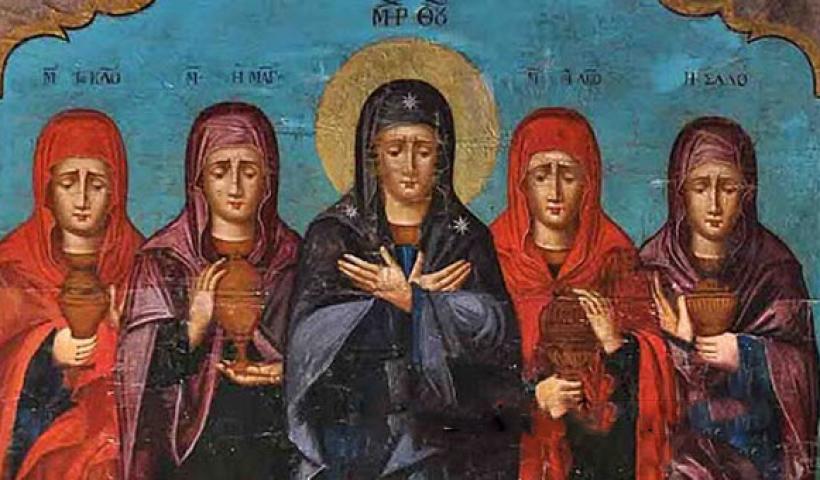 The Myrrhbearing women, despite knowing they were unable to roll the stone from the tomb, they decided to.  And as a result of this, they were first both to see and to learn of the Resurrection of the Lord. Moved by love (the logic of the heart, as Pascal says) they desired with great boldness to go again to the tomb, to anoint Christ’s lifeless body with myrrh. And just like that, they neither thought of what would happen next, nor whether they’d be able to enter or not. Along the way, they said only this: “Who will roll away the stone for us?” Despite all this, they did not stop, nor did they turn back, but instead kept going. This wealth of the emotional world, the all-consuming love belonging to the female nature, is a good characteristic. However, one must not rely on this alone.

It is not enough for the inside of an automobile to have only the steering wheel: what is needed is the driving force. It is necessary, therefore, for man to reach that point where the world of his heart, that sentimental treasure, becomes one with his nous. And this, as the Fathers say, is something achieved by the Jesus prayer.With the Jesus prayer, the nous descends into the heart and man’s powers are made one (just as sin has brought the division of his powers). For this reason, a saint moves simply, as he has only a conscious mind –not a subconscious nor an unconscious.

Therefore, the Myrrhbearing Women were animated by a simple, humble method. Putting their nous in their hearts –burning with the love of God– they succeeded in approaching the Risen Christ, and naturally were made holy.