/ Catechisms and articles / Sunday of the Samaritan Woman
<--Back 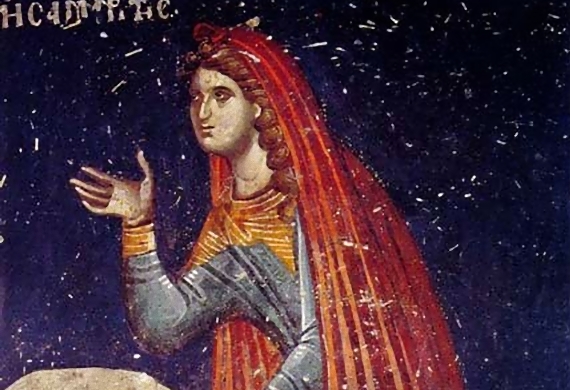 The Lord first comes to save a sinful woman!

The Lord “being weary from the journey” came to meet the “prey”: the Samaritan woman, a great sinner.  It was as though He set a trap—a salvific trap—for this woman, so sinful but with a heart so open to God’s truth. This woman was a Samarian—the future St. Photini—and Christ was a Jew. And yet, nothing prevents our Lord from completing the work of salvation.

Christ sends his disciples for food in the neighbouring city and stays alone with the sinful woman—and what’s more, a foreigner. How narrow-mindedly we, the so-called intelligent ones, see this today! Yet the Lord, the God-Man, rushes to save a sinful woman with five husbands! And right there, beside Jacob’s well, great revelations occur—shocking and completely one of a kind, we would say. The Messiah is openly revealed, He who the Samaritan woman—like everyone—is awaiting: “I am He the one who speaks to you,” He tells her.

Questions are asked, and problems are solved; the fortress begins to collapse with the shocking revelation: “for you have five husbands, and the one whom you now have is not your husband”. Shocked, contrite, and penitent, the Samaritan woman runs to inform and to reveal to her people and fellow villagers everything that has happened.  She wants them also to become partakers of the water of life, of the fountain of the divine gift. The Lord says: “Whoever drinks of this water will thurst again, but whoever drinks of the water that I shall give him will become in him a fountain of water springing up into everlasting life.”[1]

This satisfies the Lord: the salvation of one sinful soul. “This is my food”, He says, doing the will of My Heavenly Father, and not some perishable and vain earthly foods.