/ Catechisms and articles / On Witchcraft
<--Back

One day there came to the Metropolis a woman. She appeared to be very scared. I ask her:

–         Despot, a great evil has found me, she answers me. In the morning when I woke up and went out to sweep the courtyard, I found some things that terrified me. I found a lump of rags, hairs, nails, needles and bones. It was witchcraft. In our town there is an evil woman like a devil. The good of man she does not want. They say that she speaks to demons and with their help does many evil things. This witch hates our home and she must have discharged witchcraft. From the moment I found these objects I can’t find rest. I tremble, my dear despot. Some evil will find my home, my husband, or my children. I have come to you for you to tell me what to do…

–         Because if you really believed in Christ and lived according to his holy will, you would not be afraid; because all the witchcraft in the world, all the demons, can not do anything to you. Christ conquers, and not the devil. He conquers wherever faith exists.

–         I believe, despot, she answers. But, here, moments come, like the one I told you, that my faith is shaken. Because I see for years now this witch occupying herself with witchcraft, terrorizing the whole village, and not one can contain her.

–         That happens, I answer her, because your village doesn’t want much of a relationship with Christ. To church they don’t go, they don’t know of the mystery of confession, they blaspheme Christ, and they do other bad things. In such a village it is a natural consequence for satan to have his agents, just as the wizards and witches are, and to do his work. I shall call the priest of your town and I will tell him what he must do.

–         My child, we don’t have authority to expel a man from the town. Our authority is spiritual. If you hear me and do as I say, then the witch will lose all her power. She’ll be like a lion whose teeth have been uprooted, his tail  cut off, his nerves shot and he can not do anything anymore. And even a small child can play with him. That’s how the demons and their organs end up becoming under the power of Christ.

Unfortunate woman! She trembled perhaps the witch would do her evil. But how many men and women don’t run to wizards and witches. They go in order for … the demons to serve them. If ever a good thing could come from the devil!

For example, a woman’s husband has gone abroad? Does she have some time to receive a letter? What’s going on? Perhaps there in the foreign lands he got entangled with mad women and forgot his home? A worm eats at the woman’s heart. She worries. And instead of kneeling down and asking for God’s protection for her husband who has gone abroad, she goes to the gypsy woman and asks to learn how her husband is. And the gypsy woman finds occasion, does her witchcraft and empties a sack of lies! How can the witch know  where her husband is and how he’s doing?…

Another instance. The child has fallen sick of another woman? Instead of running to the doctor and taking the medications that he’ll tell her; instead asking for Christ’s help, who is the all-powerful, omnipotent doctor of souls and bodies, this foolish woman with her child in her bosom runs to the witch and asks of her to do good things with her witchcraft. And the witch, who knows her job well, begins, supposedly, from God. She says some words that are similar to prayers, but they are not prayers; they are voices that call the devil to help…But still, even if it is supposed, says sacred Chrysostom, that the devil has the power to heal a sick person, again, people should not have gone to him. It is preferable for some one to die with God, than to live with the devil. The man who doesn’t use satanic means in order to become well, but remains faithful to God and dies, this man is counted as a martyr.

But there exists also another instance where people take refuge in witches, and this is worst of all. A marriage occurs? A poor daughter is married to a good young child? Jealousy ignites in the heart of an envious woman neighbor. She finds no rest from her evil. Why should her daughter not marry, and this girl marry well? And while relatives and friends and the whole village rejoices, this envious woman has hell in her soul. She wants to do evil. And because she can’t do it alone, she runs to witches and they perform witchcraft, and thusly in the homes of newly weds there are found soaps with pins, hairs, bones and whatever one can imagine. With these things they want to do evil; they want, as they say, to “bind” the couple.

And you think that witchcraft is only in the villages? No, it is also in the cities. Indeed now recently witchcraft has spread a great deal in the world. Witches in Paris, witches in London, witches in New York, witches in Australia, witches everywhere. They’re ravaging all the lands. Children they kill, girls they dishonor (rape), fornication and adultery they teach, they commit horrific crimes, they suck blood, they say that we worship the Devil. The spreading out of witchcraft in the contemporary world is also a sign of the times. It is a sign that the world is departing from the truth and going to the lie, it leaves the light and goes to the darkness, it leaves Christ and goes to the devil. For whoever doesn’t believe in Christ shall believe in the devil. The ears are shut to Christ, shut to the “evangelion”, the gospel, shut to the divine sermons, but open to hear all the voices of the dark powers. 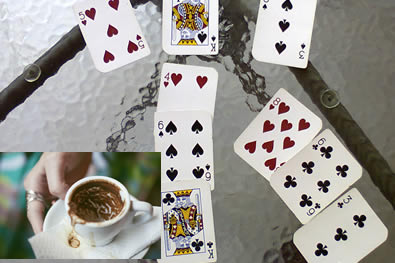 My beloved! In these times which we live, as many of us who say that we believe in Christ must be very careful. Far from wizards and witches. Far from mediums, from spiritualism, which is also a form of witchcraft. The Old Testament shouts: Death to those who go to witches (Leviticus 20:6). And the “Evangelion”, the Gospel, the highest morality, doesn’t allow apprehending and burning witches, as in the old epoch; there exists another weapon that can destroy all of witchcraft from the face of the earth. And this weapon is faith in Christ. Whoever believes in Christ conquers all the wizards and witches and isn’t afraid of anyone.