/ Catechisms and articles / Miracles…Science
<--Back

See!  They tell us.  When man saw the eagle flying in the heights in the past and marveled, and even proclaimed it a god, through Science he managed to make airplanes and rise to the heights of heaven, he surpassed the king of birds.  Man, who at one time saw the lion and heard its ferocious roar which shook the desert, man who ran and hid in caves from it made automatic weapons which in a few seconds prides of lions from afar defeat.  Man, who at one time saw endless seas and trembled at the sound of its fearsome waves, succeeded in sailing across the oceans through Science, going down into their depths and overcoming its great creatures, the whales and the leviathans.  Through Science made bridges, changed the courses of rivers, divided the dry places, joined seas, captured the thunderbolt, sent his voice from one end of the earth to the other, and now not only do you hear him but see him, no matter how far he might be.  Science made man god.  What is the need for God and miracles?  Man performs miracles today, scientific man, who puts all value in the mind.  The great nations seek brains.  And again between them, who is going to buy…brains, which of them will get the most powerful minds, so that through them they manage to perform the great miracle, to be first to reach the moon and Mars…Miracles of engineering, miracles of ship-building, miracles of Astronomy, miracles…Science performs miracles everywhere!

But let us put aside all of the other Sciences, the science fanatic says, and let us come to one Science which out of all of the so-called Sciences offers the most precious of services to man, occupied as it is with the most precious of all of man’s material treasures, his death.  It is Medical Science.  What progress has it not made in recent years!  What miraculous results!  How many people has it snatched from death’s embrace!  Especially that branch of medical science called surgery.  What has it not done!  The day is not far off when spare parts will be manufactured for the various organs of the human body.  And just as there are spare parts stores for automobiles today, and when a part wears out the owner goes to the store and buys a spare, replaces it and the car runs again, in the same way there will be stores which will be selling the various organs of the body.  The bad eye will be replaced with a good one.  The bad ear with another, the hear with another.  Science will produce these new organs, these artificial organs.  How?  A description was recently published in it.  Life magazine describing from which materials the parts of the human body will be made.  They have started to make a few of the them already.  “And so a man will have arteries made of dacron, metal joints of fingers and toes, electronic systems to support the functioning of gall, tendons from silicone, plastic bones (horn shaped plastic materials), metal joints of the shoulder, jaws from ceramics, silicone tracheas, crania from the bones of animals, ears of silicone, electric systems regulating blood pressure, hearts and chests out of silicon, thigh bones of metal, and kidney and liver transplants.  Besides synthetic hearts and lungs which are still at the testing stage, a man could have all these artificial parts.”

The second and the more important question is: The laboratory that makes human replacement organs is not, as we said, perfect.  There are organs that cannot be manufactured artificially!  “Because,

as the above-mentioned magazine reports, some human organs are so complex that science has not been able to make mechanical substitutes or replace them through transplantation for a long duration.  One of these organs is the liver, which performs more than 5,000 functions.  The construction of a substitute for such an astonishing organ will take many years, therefore the doctors are concentrating all of their efforts in transplantation, or the borrowing of natural organs from donors.”

The manufacture of these organs is, therefore, imperfect.  But let us assume that Science manages to create artificial organs with which it can replace all of the organs of the body.  And these will be the parts the laboratory will produce, muscles, nerves, veins, kidneys, lungs, ears, hearts, eyes, all of them artificial.  All of them will have to be manufactured.  These are true miracles, man will exclaim, on seeing these complex and delicate items in the showcases of such places that will be selling them.  Now if someone were to visit a factory that made such “miracles”, or Science, and did not show amazement but looked at it all and was indifferent, what would you say?  Oh, how senseless can he be!  Not to be moved by such a presentation of miraculous creations of the human brain!  And if someone else visits this factory, this pride of Science, and is not only indifferent but says to those other visitors who are admiring everything, “Why are you looking at those things?  Why are you amazed?  That stuff made itself.  No one designed them.  No one put them together.  All of the parts and pieces came together.  Yes, they came together by themselves.”

And what would those people who are amazed at what Science has done say to this person?  This man is not well, they would say.  He should be locked up because only someone who is insane can say that all of these delicate organs and things that so many brains of the scientists labored to construct came together accidentally out of the earth…

And now we are present with the inexorable question:  Is there a scientist who has designed and created these artificial organs of the human body who is worthy of admiration?  And there is no supreme MIND that made the superb natural organs of the human body?  O, you proud scientists!  You see miracles in your laboratories, yet you do not see the great miracle of nature, in God’s laboratory.  The copies of those original works have their copyists.  But the prototypes do not have an author.  “Understand, O dullest of the people!  Fools, when will you be wise?”  (Psalms 94: 8 RSV)

Oh man!  Humble yourself before your Creator.  He Who created all of these marvelous things, He Who planted the ear for hearing, the eye for seeing, the heart to beat.  He also gave thought to man as a ray of 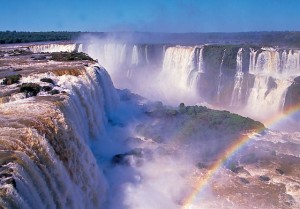 the Mind, to study His works, to discover the laws by which they move and are based.  And some copy them weakly and partially in order to become small creators themselves.  But who does not see that these works, no matter how wondrous they may be, and which are even called miracles of Science, are small and unimportant by comparison to the works of Nature.  Even rockets and spaceships which we in our days admire, lead to haughtiness, and are not like according to the prophecy of St. Cosmas, like squashes that the Devil is bringing around?  And really, compare a spaceship, which, astonishingly, has the shape of a zucchini, with one of the countless starts, and you will see how true the prophecy of St. Cosmas is, which was prophesized 200 years ago.  But unfortunately, egotism opens the eyes of man so that he only sees the lesser successes of human knowledge and closes them so that he does not see the countless miracles of the Creator of All, Who by His nature performs miracles.  According to St. John Chrysostom, it is very easy for God to make miracles, as easy as it is for us to talk.

This chapter was taken from the book ”  Miracles ” by Bishop Augoustinos N. Kantiotes