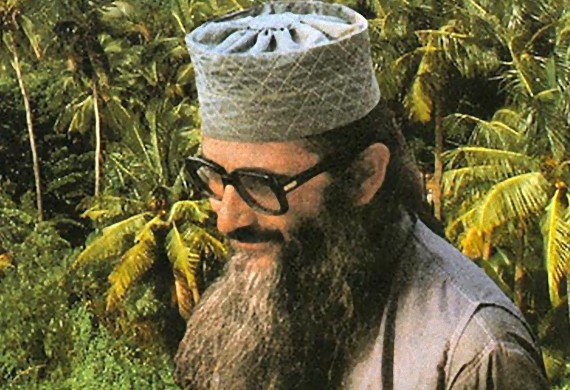 Below is a homily given by Bishop Avgoustinos of Florina a few months after Fr. Cosmas, Apostle to Zaire, reposed. This excerpt is from the book Apostle to Zaire: The Life and Legacy of Blessed Father Cosmas of Gregoriou pp. 113-115.

Some, when they hear in the Gospel, “at that time” they say, “This is written for those of old.” Christ, however, is “the same yesterday, today and unto the ages”. Our Church does not reserve the showing forth of missionaries for the days of old, but continues its mission today, in this harsh, materialistic, new idol-worshipping and Masonic age. In this age of the antichrist we have examples of missionaries both within the borders of our country [Greece] and abroad.

One such excellent example is Fr. Cosmas, priestmonk and missionary, for whom we serve the holy memorial today. He lived close to me. He was a child of a poor but honourable family from Thessaloniki. He loved God from his youth. He was a regular at the catechetical schools. He heard the sermons of the pre-eminent preachers of the city. He studied much, attending the school for foreman, and could have been an important architect who built houses that would have brought him millions of dollars. Our age is an age of architects, lawyers and engineers – an age of “how-much-you-mak’n”. However, he didn’t become such a one as these. Nor did he wish to continue his studies and become a university professor, just because he had an extremely clever mind, a mathematical mind. Rather, he preferred the work of fishermen. He became a “fisherman.” He was with us in the early days of great productivity when, together with Father Hierotheos and a few co-workers, we had “hustle it up” as our watchword, and he worked extremely hard.

He couldn’t care less about “how-much-you-mak’n”. When he came to Florina and went to dealers in order to buy supplies, their first question was always, “How much do you make?” They would say, “Being so close to the Bishop you probably make a lot. You work on a twenty-four hour basis. You don’t have a break, neither on Saturday nor Sunday…” He would reply, “I don’t make anything except for room and board.” They didn’t believe him. They said he was lying. The truth is that boy abhorred the world of “how much you make,” and soon left.

The beloved Cosmas was a trailblazer of a beautiful journey for our race. We want to believe that others will follow his example: the feast of a martyr, the imitation of a martyr. Both here in the holy altar and elsewhere there are certain young people who shouldn’t become “how-much-you-makers” but idealists. Once upon a time, Greece had such idealists. Who brought Orthodoxy to Bulgaria, Serbia, Romania, and Russia? It was Greek Christians. Nowadays, households don’t produce idealists. A child’s mother wants him to become a doctor, a lawyer, a teacher, a professor, an engineer, a businessman – anything but a priest. She doesn’t even want to hear of it. So it is that today I especially honour the elect disciple, monk and missionary Cosmas. He is a prototype. He is a combination of internal and external mission work.

The servant of God, Cosmas of Gregoriou Monastery, apostle martyred* in Africa to the glory of God and Orthodoxy – may his memory be eternal! And may there be many followers of his heroic example.

*lessonsfromamonastery’s note: While Fr. Cosmas was in fact killed in a car accident, I believe the Bishop is applying St. John Chrysostom’s definition of a martyr here. That is, one who lives ascetically, willingly “dying” to his sins and passions.

The servant of God, father Cosmas of Gregoriou Monastery