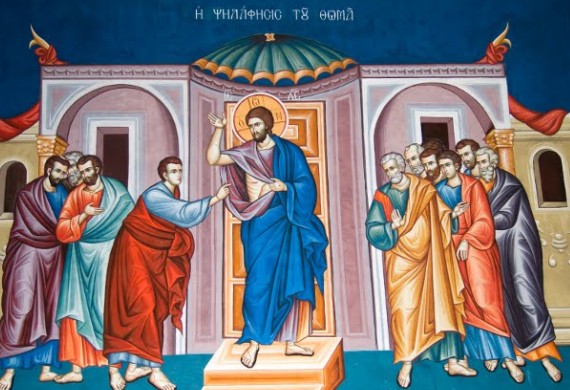 “Blessed are those who have not seen and yet believe”

Christ works with many Christians just as he did with Thomas: He shows condescension and waits first for them to see, then to understand and afterwards to be convinced, and finally to believe. However, these souls move along very slowly, and will not make much progress in the spiritual life. On the contrary, those who first believe without seeing miraculous things greatly advance and quickly. Αnd this happens mainly to the saints. All the saints, from the very first moment they heard about Christ, perfectly exemplified Christ’s words: “those who have not seen and yet have believed”. And believing, they progressed swiftly. Even the most sinful, when they encountered Christ, and the grace of God touched them, did a 180 degree turn: they believed and became blessed.

Is our heart open to receiving the truth and with faith to be given to these sayings of Christ? In order to renounce yourself – your logic, what you think and what you feel- and to be obedient to Christ is, so to speak, a leap towards death. You have none of the certainty which the old man looks for. It is here, however, that faith will appear. And thus, in this way heaven opens, and you become truly blessed.