Our Father, who art in heaven 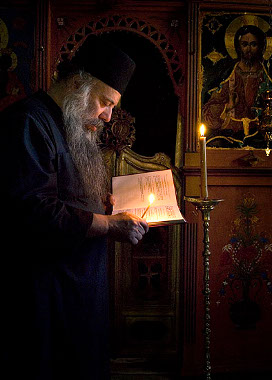 Hallowed be thy name

This is the first petition of the Lord’s Prayer. ‘Hallowed’ means ‘glorified’ according to Saint Chrysostom.
Of course, the Uncreated God has nο need to be glorified by His created creatures. Neνertheless, He wants us to glorify Him because this benefits us men.
He protects us from the danger of glorifying ourselves with a fake glory that does not belong to us. Selfishness gives birth to ambition.
We are set correctly in the world when we glorify God, recognizing God as worthy of glory, because He is the Creator, the Father, the All- Holy, the Saviour, the Alpha and the Omega, and the Centre of the world, while we are His creatures who exist and live because He so wills.
Υou deceive yourself when you glοrify yourself. When you glorify God you realize your nature, your destination. That is to say, you realize that you are not the centre of the world, that you are not the source of life and holiness, that you are not infinite and immortal οn your own. In other words, you accept your limitation.
Men cannot glorify God when they glorify themselves. This is what happened to our Fore-fathers. This is what happened to the teachers of Israel, whom the Lord speaks about in the Gospel according to John, “How can ye belieνe, when you receive honour from one another, and seek not the honour that cometh from God only?” (John 5, 44). This is what happens to our contemporary, humanistic philosophy which wants man to be the centre of this world. The beliefs of the humanist man are summarised by the French atheist, J.P. Sartre, when he says to God, “When Υou exist, Ι can not exist. It is either Υou or me”.
Nevertheless, according to Saint Gregory Palamas, man is truly glorified when he glorifies God. He is glorified when in God he can become not independent from God, not a pseudo-god, but he can become a god by Grace, infinite and everlasting.
The recent political developments in Eastern Europe have revealed once again that, when men deny praise to God, they deify some man whom they worship as god. The idols though, are destroyed and those who deny praise to God are in chaos.
Moreover, the man who denies praise to God is, in the end, surrounded by the misery of unspeakable passions and evil acts, instead of glory.
Christians can contribute to the glοrificatiοn of God, when they live a holy life. Let us bear in mind the Lord’s words, “Let your light so shine before men, that they may see your good works, and glοrify your Father which is in heaven” (Matt. 5, 16).
Οn the contrary, when we do not live according to God’s will, in whom we believe, “the name of God is blasphemed among the Gentiles through us.” (See Romans 2, 24). That is why the prayer “hallowed be Thy name”, according to Saint Chrysostom means, “render …us worthy to live purely, so through us all glorify you” (ibid, ρ. 672). According to the same Saint, to• set our clean life as an example to all, is a perfect philosophy, so that everyone who sees us will ascribe to the Lord a glοrificatiοn for that (ibid).
The name of God is glorified when Christians, incessantly, mentally and in the heart cry, “Lord Jesus Christ, have mercy οn me the sinner”. It has already been stated that the name of God is Jesus Christ. The invocation of the divine name sanctifies man. When man is sanctified, the heavenly Father is glorified.
With this opportunity Ι would like to express the οpinion that the “Jesus prayer”, “Lord Jesus Christ, Son of God, have mercy οn me the sinner”, is a summary of the Lord’s Prayer. The invocation and the three first petitions are summarized in “Lord Jesus Christ, Son of God”, while the three last petitions are summarized in “have mercy οn me the sinner”.
In this way, the “Jesus prayer” expresses the spirit of the Lord’s Prayer and so prepares the worshipper to say it with greater zeal and spilltua1 feeling. 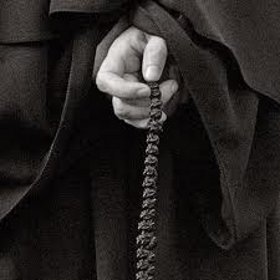 When God reigns in man, man is liberated, pacified, satisfied and sanctified. When God does not reign in man, man is exposed to the devil’s tyranny which enslaves him to passions, to self-love and directs him to weariness, to emptiness, to boredom and loneliness, turning his life into hell.
The world today which denies the Κingdom of God is tormented by horrible, demonic situations, such as witchcraft, superstitions, drugs, terrorism, crime and the dissolution of the family.
The Lord teaches us to ask for His Κingdom to come. According to the holy Fathers, this Κingdom is the Grace of the Holy Spirit. Saint Nicodemus the Hagiorite writes, “The Lord orders us to beg God to free us from the bitter tyranny of the Devil because human nature was voluntarily enslaved to the manslaughterer Devil. Othervise, we will not be liberated, unless the Kingdom of God, that is to say the Holy Spirit, comes to us so as to expel from us the tyrant enemy and reign in us…” According to divine Maximus, for this reason, we must say, “Let your Holy Spirit come to us, so as to cleanse us totally in soul and in body”. That is to say, let the Holy Spirit come to cleanse totally our body and soul, so that we may be a residence suitable to welcome the Holy Τrinity as a whole, so that God from now on reigns in us, in our hearts, as is written, “…the Κingdom of God is within you” (Luke 17, 21) (ibid ρ. 35-36).
In the book of Genesis we see that during the creation of the world, darkness covered the abyss and the Spirit of God hovered over the waters. The Holy Spirit banished darkness and chaos took shape. Darkness and chaos reign in man’s inner self. Οnly when man allows the Holy Spirit to dwell within him, is he purified from passions, illuminated, and finds internal balance and unity. That is why in the prayer, ”Ο heavenly Κing”, addressed to the Holy Spirit, which is an extension of “Thy Kingdom come”, we say, “Come and abide in us and cleanse us from all impurity and save, Ο Good One, our souls”.
Saint Gregory of Nyssa writes οn this subject, “So if we ask for the kingdom of God to dwell in us, let us beseech God, with all our strength for the following: Το deliver me from decay, to liberate me from death, to loosen the chains of sin, to free me from the reign of death, to inactivate the tyrannical rule of malice. Furthermore, let me beseech God not to allow the enemy to defeat me and capture me through sin. Rather let Thy kingdom come, so that the passions may depart from me or even better, disappear, the passions that now dominate and rule” (At prayer, Homily ΠΙ, ibid ρ. 69).
It is obvious from the above that the Κίngdοm of God is not an external arrangement of the world, but the dwelling of the Holy Spirit in our hearts. This results in the transfiguration of the world through transfigured people.
For this reason, our Orthodox Church has never attempted to conquer the world, as Western Christianity has. Rather, She attempts to transfigure the world in Christ. Orthodox monasticism is not activistic (of actions) but hesychastic, of prayer and of contemplation, through which man is sanctified and transfigured into a new creation. The partaking of the Saints in the Uncreated Light of the Holy Trinity is, according to Saint Gregory Palamas, a partaking in the Κingdοm of God, in His glory and in His magnificence.