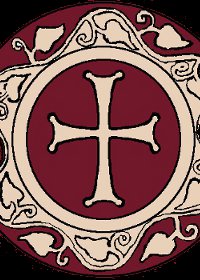 Some main points in the life of the leaders of the Apostles.

“For when I am weak, then I am strong” :  Behold the great, indomitable, and mysterious power of the Apostle Paul. The spirit of our age is entirely opposite. People think that money, rank, titles, wisdom, and worldly science, are power. The example of the Apostle persuades us that human works are finite, fleeting, sinful and vain, whereas those which are accomplished by divine power are true and everlasting. Divine power resides in people who are insignificant by the world’s standards. But it always works miracles so that the Christian who possesses this power, even while he is poor, he makes rich many others, and even though he has nothing, he possesses all things.

Let us recall the answer of the Apostle Peter, “Yes, Lord; You know that I love You” , when the Lord asked him for the third time: “Peter, do you love me?” Peter was saddened, but his answer is amazing: “Lord, You know all things; You know that I love You.”  And he answers without hesitation, while he should have started to doubt. To say, “For the Lord to ask me again and again, maybe…” Peter, however, doesn’t waver. Peter is true.

Now let’s you and I stand before God and imitate in some way Peter’s love in our relationship with God. Let’s have this same certainty within ourselves: knowing that the true God, who is entirely loving and compassionate, wants to save each one of us. And let’s approach Him without even the slightest doubt or reservation as to His holiness, goodness, and love for mankind, in which we can have complete trust.

But maybe the temptation comes that God doesn’t love us. We don’t say it, but deep down our soul lives like this and there we find complaints, reservations, whining. We don’t understand how many things we ruin with God when we adopt such a stance. God wants us to completely believe in His goodness, to completely believe that He doesn’t hold any prejudices; He doesn’t ever show discrimination. This is a fact. And so we too, then, can say: “Lord, You know all things; You know that I love You.”  And we can have the trust that the Apostle Peter had, to whom the Lord finally said: “Feed My lambs, Feed my sheep.”

Leaders of the Apostles  Feast of Sts. Peter and Paul