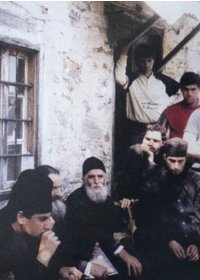 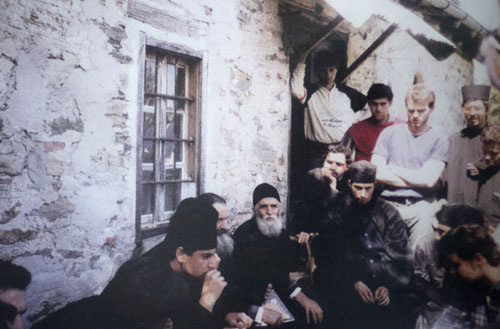 Ηe helped more with his prayer than with his words.

There are many cases of chain-smokers who quit their habit thanks to the Elder. His words weren’t simple suggestions―they were powerful. What he said inspired a feeling of repulsion toward cigarettes and eliminated the desire to smoke. However, he helped more with his prayer than with his words.

A monk gave the following anonymous account: “I had come in order to become a monk. I didn’t wear the novice’s monastic cap because I still couldn’t quit smoking. At the time, I was smoking two packs a day. I was trying. I would tear them up, throw them away, and then the next day I would go find them and smoke. Even though I was embarrassed, I went and told the Elder. He told me, ‘You’ll get up, don’t worry,’ and he punched me on the shoulder encouragingly.

“It was ten in the morning, and I didn’t think about cigarettes at all until that evening. From then on, by his prayers I never smoked again, and I became a monk. For me, it was a miracle.”

Another pilgrim relates: “We visited the Elder, and I took out my cigarettes to have a smoke where we were sitting. I lit the cigarette unconsciously―I was smoking three packs a day at the time. The Elder took it from my mouth and said to me, ‘You’re not going to smoke again until the Germans invent a machine that cleans out lungs.’ Back at the monastery where we were staying, I realized that I hadn’t smoked for three hours, and that I didn’t even want to anymore. I stopped completely.”

Elder Paisios and the smokers that quit