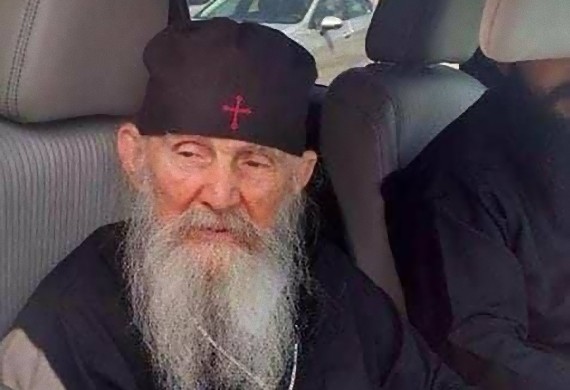 In the Old Testament, in the Book of Numbers, among other things, the following distinctive event is narrated: “When the Israelites had disobeyed God in the wilderness, as a punishment for their disobedience He sent serpents to them which bit and killed them. But God heard the prayer of Moses, who was fervently praying for this wrath to abate, and ordered him to make a bronze serpent and lift it up on a pole. And all who were bitten by the serpents were immediately healed when they looked at the bronze serpent.” 1 And in the Holy Gospel, our Jesus likened the elevation of the bronze serpent to His own life-giving elevation on the Cross by saying: “And as Moses lifted up the serpent in the wilderness, even so must the Son of Man be lifted up.” 2
So sin—which is the meaning of the poisonous serpent— bites man, poisoning the entire being of his poor soul through culpable and passionate pleasure, which brings about the soul’s death and separation from God. But our Christ, the noetic bronze serpent, Who was hanged on the life-giving wood of the precious Cross, through the lofty truths of the gospel, heals the souls that have been bitten by various sins, giving them a living hope of a life beyond comprehension. “O Death, where is thy sting? O Hades, where is thy victory?” 3 The powers of your horrible tyranny were abolished, annihilated, enfeebled, and completely put to death by the death and resurrection of Jesus, our God, Who saves our souls.

‘*’ means paragraph was chopped into pieces, perhaps not all of them included.

Who saves our souls