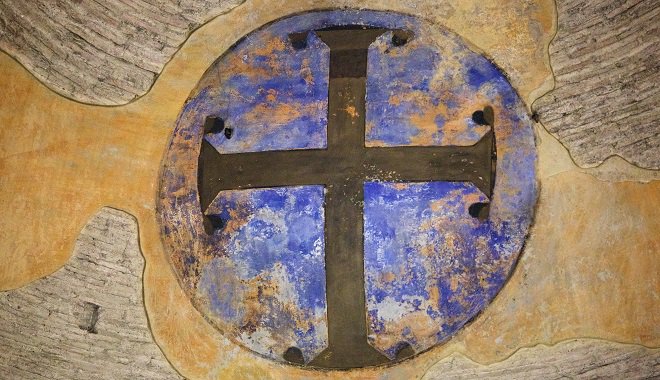 Three girls were walking together next to the railroad tracks when suddenly, they found themselves between two speeding trains. The trains passed them, whistling by, and miraculously, nothing bad happened to the girls!
A little more down the road, there were three demons that were receiving the punishment and rage of the other demons.
“Well, why didn’t you push the first girl into the train?” They yelled at the first demon, “Her soul would have been ours by now!”
“I couldn’t,” he replied, “she was wearing a cross!”
The punishing demons then went to the next demon, and they said: “Why didn’t you push the second girl, she wasn’t wearing a cross!”
The second demon replied: “Even if she didn’t wear a cross, she made the sign of the cross at the last moment, and that way I couldn’t throw her onto the train!”
Next, they went to the last demon: “Why didn’t you push the third girl into the train? She wasn’t wearing a cross, nor was she doing the sign of the cross!”
The last demon replied: “While the girl was leaving her home and crossing the street, her mother told her, “My daughter, go with the protection of God.” and blessed her by making the sign of the cross for her daughter!

The Power of the Cross