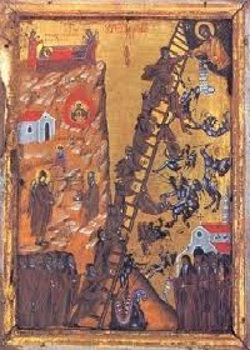 When we are out in the country, enjoying the peace and quietness of nature, and it is night and the sky is clear, we often look up at heaven and gasp in amazement at the magnificent vista of stars before us. The stars were created on the fourth day, or we could say during the fourth period of Creation (Gen. l:l4-l9). According to Astronomy, which is the science that studies the stars, they are nothing but suns which differ from each other in size and brightness. We start with the small ones, which are called Dwarfs and progress, to the largest, which are known as Red Giants. Just as in the physical heaven we have different sized stars, so in the spiritual heaven, where the Saints are the Stars and they differ from each other in terms of virtues. The Church is the image of Heaven and as such displays before us a vista of spiritual stars or Saints. The Saints are the men and women who in and through their lives, glorified the Holy Trinity. This means they had imitated in their lives the life of our Lord Jesus Christ. Through true faith, love and forgiveness of one another, the Saints proved that God also glorifies those who glorify Him. The Saints were men like us who struggled for their daily bread and those that were married strove to raise Christian families. However, they differed from us in the following ways: First, they always put the glory of Jesus Christ foremost. Secondly, they were always faithful children of His Orthodox Church, never doubting His Teachings. Thirdly, they never gave first place to material riches and enjoyments. Fourthly, they never departed from the true teachings and Church. And were ever ready, should the occasion arise, to sacrifice their lives to confess their faith in our Lord. For these reasons, the Church honours these holy men and women, not only in Heaven, but on Earth, because they honoured God.   The Orthodox Church does not worship the Saints or the Mother of God, the Virgin Mary. The Church honours them and shows them respect, because of their faith in Christ. The Orthodox Church worships only the Holy Trinity. The Saints are the faithful children of the Church who in their lives bore spiritual fruit. They were not content merely to read the Holy Scriptures and to hear the word of God, but determined to put their faith into practice. They actualised what they read in the Scriptures and heard preached in the Church. Today, the Orthodox Church draws our attention to one of Her faithful children, namely St John, the author of the book called “The Ladder of Perfection or Climax”. Let us look at the life of St John and see what message he has to offer us today. St John was born in Palestine in 523 A.D. At the age of l6 he left the world and went to Mount Sinai where he placed himself under obedience to the wise Abbot of St Catherine’s Monastery. This Monastery has for over l,600 years now been a spiritual heaven for thousands of pious monks who came in search of the true spiritual life. Mount Sinai has always been the scene of Jewish, Moslem and Christian devotion. It was here that Moses first talked with God and received divine assurance of Jewish liberation from Egyptian bondage. Moses also received the Ten Commandments on Mount Sinai; the Prophet Elijah found refuge at this sacred spot in the desert from the Queen Jezebel. It was to this magnificent spot on Earth that St John of the Ladder came and lived a life of dedication and prayer, first under the guidance of the saintly Abbot, and then as a hermit in the wilderness. He remained for fifty (50) years in a cave, and people from all over the world came to hear his words of wisdom. During the latter part of his life, he wrote his famous book of Spiritual exercises entitled “The Ladder of Perfection or Climax”. The ladder of which he writes was symbolic of a spiritual ladder leading from earth up into heaven. It consisted of spiritual exercises through which the Christian could reach the highest point of spiritual perfection and thus become a participant of the Κingdom of Heaven. Many monks throughout the world still utilise this tremendous work of St John in their spiritual meditations. The work itself is considered one of the most inspired gems of Christian literature. St John of the Ladder died on March 30th, at the age of 86 years, 609 A.D. We celebrate his feast day, however, on the 4th Sunday of Lent, during which many of his spiritual exercises are used in many monasteries and Churches throughout Orthodox Christendοm.   Through his personal experience of the spiritual life, St John became one of the greatest scholars and Fathers of the Orthodox Church. Many Orthodox Christians today wish to live a more spiritual life in Chist. The Orthodox ascetic life as expounded in the writings of St John Climacus will provide them, l385 years after his death, with what they are looking for. Whoever truly wishes to live a spiritual life in Christ need do nothing more than study the lives of the Saints. He will see how to practise the word of God, according to his strength. Careful study of the lives of the Saints will enable him to choose freely the way of his own sanctification. The lives of the Saints are nothing but the Gospel in practice.  St John offers us through his life and writings the opportunity to lead a stricter Christian life.