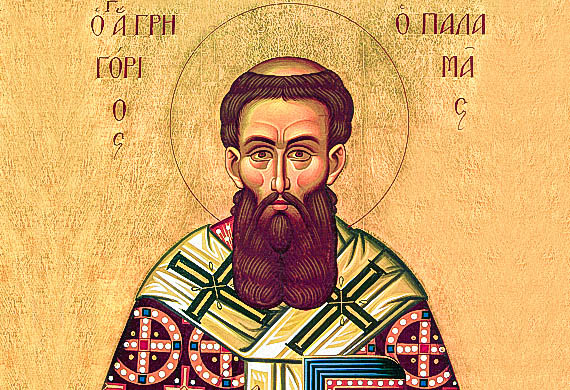 The second Sunday of Great Lent, we could easily say, is a second Sunday of Orthodoxy, a Sunday of Orhodox practice. And it is not by chance that our Church appointed the memory of Saint Gregory Palamas, archbishop of Thessaloniki, for us to celebrate.

During the 14th century a spiritual struggle for the true faith occurred. Two Synods took place in Constantinople, both of which upheld the teaching of Saint Gregory and condemned the enemies of the true faith: Barlaam and Akindynos. Because of this, the true faith triumphed and won.

God, when He created man, gave him His grace. In this way, man is also god, having God within himself through grace. God comes to man in such a communion, and man likewise, that man becomes god. Yet, man lost this when he fell. He lost grace, lost divine energy, the presence of God that dwelled within him, and became just a man. Christ, however, came to earth and became man. And as true as Christ’s becoming man is, so true is it that each person is now able, in Christ Jesus, to have God dwelling within him. God is joined to man, and enables him this divine union. In this way, man is not simply just a creature, a mere creation, but has within himself the uncreated light, the uncreated energy, about which Saint Gregory Palamas spoke. In this way Man is not just man, but is god according to grace. In Christ Jesus, man is deified.