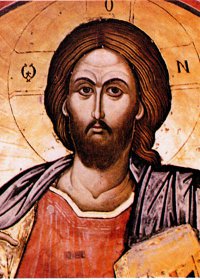 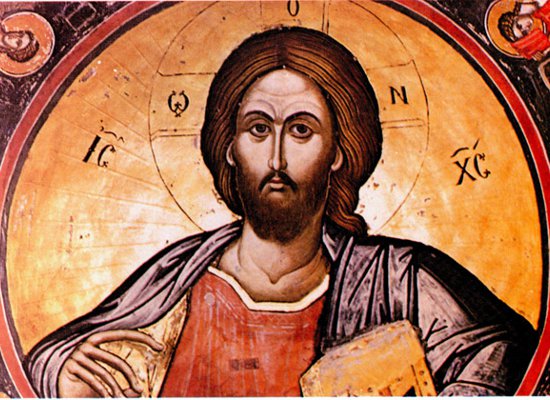 The Word has existed from the beginning and thus there was never a moment that the Son and Word of God – that Christ – was not. Christ has always existed. He is, together with the Father, without beginning; he is, together with the Father, eternal and everlasting. This is a difficult saying to accept you will say. It is a mystery, and a great mystery at that! We will not deny it, however. No! Rather we accept it in faith.

Mysteries, for that matter, are not hidden solely in the supernatural, but we also find them in the natural order. The world is full of mysteries. Every branch of science has its unsolved problems. Science simply describes: it cannot offer full explanations, nor can it penetrate the most fundamental causes of phenomena. What, for example, is electricity? What is magnetism? What is gravity? Science describes these things, but it cannot claim to know precisely what they are. Mysteries are scattered all across the natural order, even in the smallest of things. The most basic unit of matter – the atom – is itself a microcosm of the created universe. I will give you an example: the top scientists working on that accursed disease which plagues humanity – Cancer – gathered in Rome for an international medical conference. Much was said and when it was over, the chair offered the following synopsis: ‘We know,’ he said, ‘what Cancer looks like, how it develops, and what its symptoms are. However, there is yet one thing we do not know; why it begins, why one of the millions of cells in the human body suddenly goes crazy – for this is cancer: everything else is functioning harmoniously and then this one cell ‘leaves its orbit’ – marking the diseases’ beginning.

There is mystery everywhere. And thus, since scientists are left to wonder about things in the material world, how can we expect to explain the persons of the Holy Trinity? Let them first solve those mysteries hidden in the natural world and then we will seek to solve those of the supernatural realm. The human intellect is but a small cup; it cannot hold the ocean.

In order to grasp this truth to some degree we say the following: man is made, “in the image of God” (Gen 1:27) and thus he is called the “image of God” (1 Cor 11:7, Col 3:10). How is man an image of God? With regard to his body? Certainly not! There is nothing material in God – he has no body, no hands, no feet, no ears, as our ancient ancestors imagined that he had. Occasionally the Holy Scriptures speak of God anthropomorphically, but only out of condescension to our weakness. God is spirit. Consequently, the claim that man is an image of God cannot refer to his body, but rather to his soul; it is in his soul that man is made according to God’s image. Man is not principally that which is visible to the eyes, but rather that which is invisible. What is seen is material, what is unseen is the soul.

There is, then, some level of correspondence here. As God is Trinity, so is man’s soul Trinitarian. God the Father is absolute Mind, who begets his Son and Word, and from whom precedes the Holy Spirit. Man by comparison has a mind, he has word – or thought, and he has spirit.

Thought is the greatest of God’s gifts. This is man’s glory. It is encountered solely in man; we find it neither in the animals, nor indeed anywhere else. O, thought! O, the mind! At one moment you are found here and then, as if by a rocket, you are flown to America or anywhere else. Have you considered how man thinks, how thoughts are born? Thought is the foundation of knowledge: it is how we study the earth, how we touch the stars, how we feel the heavens; it is how we discover and how we create.

First, though is something intimate – permit me to put you through a bit of a trial! What does it mean to be ‘intimate’? This means it is something hidden deep within man, something inconceivable. No one is able to know what we are thinking save God alone. May God have mercy on us if they find a way to police thought!

In the language of the Church, thought is often referred to as ‘word’ – logic in other words. But pay attention! The mind begets word. How does it beget? Not as animals give birth. There is another kind of birth, another begetting. What is this? The mind, the theologians say, begets an interior word, a thought. And when this thought is expressed by means of the mouth, this interior word becomes spoken. Another mystery – and I doubt there are any who question this one! How do we speak? Go ahead, think. How? Science offers no answer: it just tries to pin-point the location in the brain from which the spoken word issues. Our mind begets the interior ‘word’ and then begets the spoken word, before finally begetting the written word.

Here in the Gospel, however, ‘Word’ is written with a capital ‘W’. This is because the Word is God. “[A]nd the Word was God”. God – the Mind – begets the Divine Word, the Father begets the Son. In the face of this Word, man’s thought, this great thing as we called it, is small and insignificant. Can we possible comprehend the Divine Word?

Christ is the Divine Word which has existed from eternity. It is on basis of this that the Church opposed Arius and the other heretics, such as the Chilianists of today.

Let us approach him, beloved brothers! At midday we will sit down and eat, we will partake of his goods. How many of us have God in our minds? Many of us don’t even make our cross, or make mention Christ’s name before we eat.

Let us give thanks to God for all his gifts and above all for the fact that we have the only true faith. The founders of other religions (Mohammed, Confucius and others) are mortals; they lived for a span and then died. Christ lives even today and will continue to live tomorrow, even unto the ages of ages. There never was a time when Christ was not and through his Resurrection he has proved that he lives and reigns unto the ages of ages.

This is what we celebrate today, beloved brothers, to the glory of the Holy Trinity. Amen.