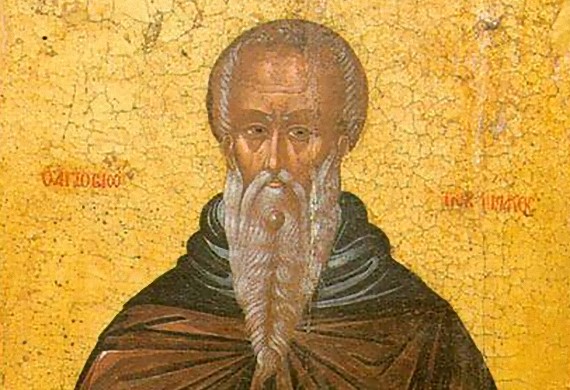 Today we live in big cities and huge high-rises, and yet no one knows each other, no one has communion with each other. I do not know what happens between married couples, but I am afraid that even there there is not true communion. A frightful thing!

The souls of men are pad-locked and with an impenetrable wall divided from other souls. One could argue that the very fact that we want to be with others leads us being separate and far from one another. The issue is not simply for us to speak together or to come and go together, to do jobs together. The issue is to break deep inside us our ‘being’. The soul must break the fortress, break the stronghold, and open to other souls so that they may enter into communion. This is paradoxically achieved, when one finds himself in the desert. While on the one hand the hermit flees from seeing other men, flees meeting and conversing with them, on the other hand his heart is continually open, is warm, widens, and loves. Each saint, we could say, is ready to sacrifice himself for everyone else. He is even willing to sacrifice Paradise. It goes that far.

St. John Climacus, whom our Church honours today, settled in the desert, in a cave, and prayed. Such a man as him, such a spirit, went into the desert! How did he do this? Well, either he did not have his wits about him (he was crazy), or he found something there: He found Him who wounded his heart, He from whom an arrow arrived to pierce the saint’s heart. And his heart was not able to have rest if it didn’t encounter Him, if it didn’t find God in the sense of having communion with Him.